ONIC PH’s Jay on other PH teams: ‘Give us a good fight’

The Hedgehog team is ready to win more games. 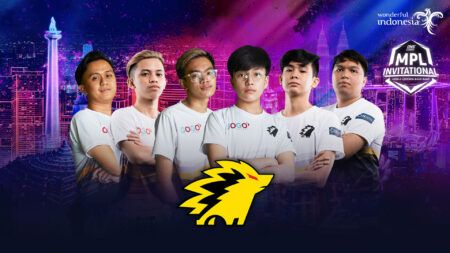 Day One of the ONE Esports MPL Invitational featured just a single win from an MPL PH team, courtesy of ONIC PH’s reverse-sweep against its sibling team, ONIC Esports of Indonesia.

After the thrilling series, we caught up with ONIC PH’s Jay to hear his thoughts about the current competition.

Jay began by sharing how ONIC Esports’ playstyle slightly differs from what they’re used to facing in MPL PH.

“The PH and ID playstyles are very similar, but they really like to muscle in terms of pressure and aggression,” stated Jay. “While we try to revise and learn from their playstyles, we as ONIC PH really do bank on this idea of discipline.”

While the PH team pulled off the reverse-sweep, Jay saw the first game as an omen hinting at ONIC ID’s capabilities. Though they expected a strong counter-draft from their opponents, Jay noticed that they gave away one hero that easily punished most of their team.

Coming into the other two games, they prioritized drafting strong and safe picks that would be hard to counter with their banning pool. But even if they weren’t able to completely lock out a counter, ONIC PH did their best to make trades through the draft that would benefit their gameplay.

The third game came down to a gripping Lord battle with a defensive detour from ONIC PH, all thanks to Jay’s shot-calling. While the team was heading into a make-or-break 5v5 clash, Jay told the rest of his teammates to focus on Drian’s Gusion.

“Take down the Gusion because he has no escape route,” said Jay, recounting his defensive strategy. “Once he finishes his combo, I will initiate a fight because nothing will happen if we don’t try to engage.”

When asked about picking Barats for the last game, Jay said that he saw the character as a strong pick even though he didn’t really fit their composition at that time.

To balance their draft, they wanted to have agile characters that could easily poke in engages and hunt opponents down if needed. With the ID team’s more fast-paced gameplay to keep up with, Barats’ slower movement would’ve been a disadvantage for Jay.

Ultimately it was a gamble that paid off for Jay and his team.

Jay also spoke about Kairi and Hated joining the ONIC PH squad weeks before MPLI and he had nothing but praise for the two talented players. According to the ONIC tank, Kairi and Hated’s natural skills easily transitioned into the team’s line-up with some scrimmages and practices.

“The two new cores are super flexible in their roles, using any hero with no second thoughts,” stated Jay. “I can trust them with their ability to expand our champion pool.”

Being in the bracket with the most PH teams, Jay was excited to go into familiar territory again. The ONIC player immediately put a target on Bren Esports due to the fact that they swept ONIC in the MPL PH Playoffs. With a new and improved line-up, he’s looking to make a comeback against the MPL PH S6 champions.

“I still have a lot of respect for them since we’re both from the Philippines,” said Jay. “It doesn’t matter who wins; I’ll be happy as long as a PH team wins the MPLI. Good luck and I hope you give us a good fight.”