We didn’t see this one coming. 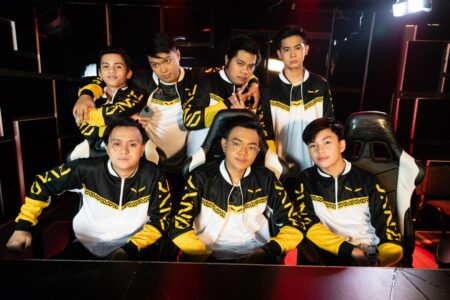 It’s just the second day of MPL PH Season 7 action and fans have witnessed a lot of upsets. This one might be the biggest upset so far.

ONIC Philippines upset M2 world champion Bren Esports, 2-1, during the final series of the second day of the tournament.

It was a straightforward match for the M2 world champions in the first game, with the Tzy duo doing wonders with Lapu-Lapu and Benedetta. ONIC showed signs of life in the mid game but ultimately bowed out in the 15-minute mark with a score 10-18.

In the second game, ONIC Philippines fought back with Hate locking a Roger and Kairi opting for a Lunox, both great picks against a more defensive lineup of Bren Esports with Angela and Esmeralda in their lineup.

The game was a back and forth affair. It wasn’t until the 15-minute mark when Bren got a good 4-1 team fight in their favor, but ONIC Philippines remained unfazed and went on to successfully defend their base at the expense of all their inhibitor towers.

ONIC Philippines went on to win a team fight in the Lord pit at the 18-minute mark, killing four members of Bren Esports and pushing into the enemy base for the series tie

It was in the deciding game where Bren Esports crumbled due to experimental picks with Diggie for Lusty and Granger for KarlTzy. ONIC Philippines dominated from the start, and Kairi recorded a 6/0/0 in just under five minutes.

A Lord buff at the 13-minute mark was the final nail in the coffin for Bren Esports, as ONIC cruised to victory with a 16-3 score.

Bren Esports will next face Nexplay Solid on day three of week one, while ONIC Philippines will go up against Work Auster Force in the first game of week three.

READ MORE: Bren Esports’ Tzy Brothers take us back to the beginnings of Tzy Nation