After a short break, ONIC’s Drian returns to the MLBB pro scene

The midlane extraordinaire is back. 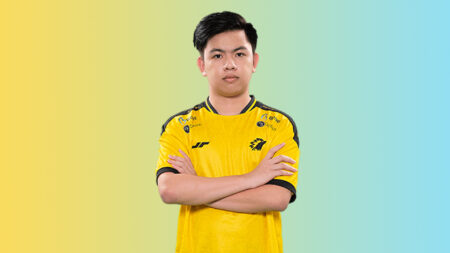 Backup has arrived for the yellow hedgehog squad.

ONIC Esports announced last week the return of Adriand Larsen “Drian” Wong to the competitive Mobile Legends: Bang Bang. He will suit up for ONIC Prodigy at the MLBB Development League tomorrow.

ONIC Esports announced the news on their Instagram page, revealing that the 19-year old midlaner will now compete for the organization’s development league team.

He will be facing Dewa United Esports tomorrow, March 29, and RRQ Sena on April 1.

Drian is considered one of the pillars of the franchise, and was instrumental in ONIC Esports’ championship wins during MPL ID Season 3 and MPL ID Season 8.

He was also one of the team’s main firepower in their historic run at ONE Esports MPL Invitational 2021, taking down Philippine powerhouse Blacklist International in the grand final.

MPL ID Season 9 teams can only field players from their MDL teams, which means that the 19-year old could be drafted to the ONIC Esports main roster before the regular season ends.

The midlaner will most likely be promoted to ONIC Esports after MDL Week 5 or right before the final week of the MPL ID regular season next week.

Currently, ONIC Esports is second in the standings with a 7-3 win-lose record. RRQ Hoshi maintains its dominance, holding top spot with a 9-2 record.