BTK isn’t here to play around. 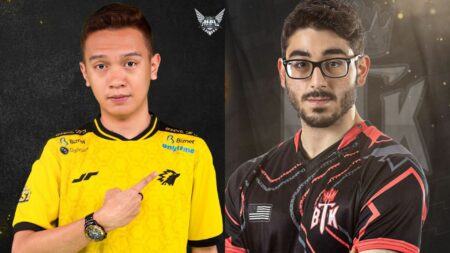 Is BTK the best non-MPL team at the M3 World Championship right now?

ONIC Esports star Muhammad Satrya “Butsss” Sanubari is definitely not underestimating the American team, or their captain, Michael “MobaZane” Cosgun, after a recent scrimmage against the team.

In an interview with ONE Esports, both Gilang “SANZ” and Butsss confirmed that they scrimmed with the North American squad, and were impressed by their skill.

“In my opinion, BTK [is the most interesting team outside Southeast Asia],” SANZ said to ONE Esports. “They’re really good.”

Butsss agreed with his teammate, “I am also with BTK. MobaZane even got a ‘Savage’ against us when we played them,” he stated.

The M3 North American qualifier champion has become one of the most talked-about teams at M3 after winning a five-game thriller against MPL PH back-to-back champions Blacklist International and sending them to lower bracket.

They will next face EVOS SG in the upper bracket semifinal, and eventually, the winner between The Philippines’ ONIC PH and Indonesian powerhouse RRQ Hoshi if they manage to win the semifinal showdown.

It will be interesting to see just how the team will pull through against some of the toughest teams in the tournament. However, there’s no doubt that they have already proven that they are here to win it all for North America.