Mobile Legends’ M3 World Championship will have a live audience

Singaporean fans are in for a treat. 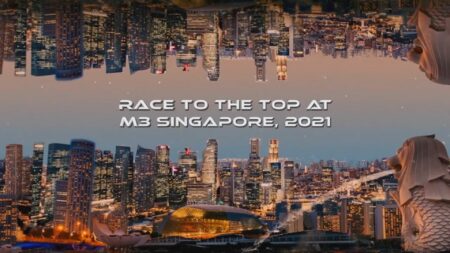 Moonton has officially announced that the Mobile Legends: Bang Bang M3 World Championship will be open to the public, and fans can now watch the games live at Suntec Singapore International Convention & Exhibition Centre.

The announcement was first revealed on Mobile Legends Esports Facebook page, showing that the ticket prices are on a per-game basis.

Watching one series or match on December 17 and December 18 will cost US$15 while bringing a friend will only cost both of you US$26.

In the grand final, tickets will cost US$19 for a single match and US$33 with a friend. It is also revealed that there will be redeemable code in-game with each ticket purchase.

There are still no announcements on how to buy tickets, so make sure to constantly visit the official M3 World Championship website for updates.

Last year’s world championship for Mobile Legends , the M2 World Championship, did not have any spectators due to COVID-19 safety measures.

READ MORE: MLBB’s Vote for Glory: How to vote for your favorite pro player or KOL