M3 Arabia Major: The winner will qualify for the MLBB M3 World Championship

Don’t you dare miss this! 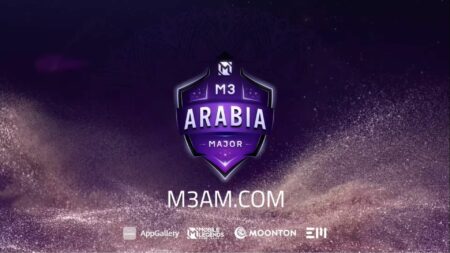 For Mobile Legends: Bang Bang players in the Middle East, now is your chance to represent the Arab region for the upcoming M3 World Championship.

M3 Arabia Major, the first official MLBB tournament in the Middle East for 2021 has been announced, and tons of rewards await.

What is the M3 Arabia Major?

Aside from representing Middle East for M3 World Championship in December, the winner will also get the lion’s share of the US$50,000 prize pool and 114,000 diamonds.

This is the first time a country from the Middle East will play for Mobile Legends: Bang Bang’s biggest tournament, which will be running in its third year.

When will the MLBB tournament start?

The open qualifier will start on August 6 to August 7. The top 16 teams in the qualifier will then proceed to the group stage which will be held from August 13 to September 9.

The grand final will be held on September 24 where the champion will book their slot to the M3 World Championship.

As of writing, 382 teams have already registered for the M3 Arabia Major.

Interested teams can register on the tournament’s official Battlefy page.