Gord can now move while casting skills thanks to Mobile Legends patch 1.6.94

The Professor of Mystic is back in business. 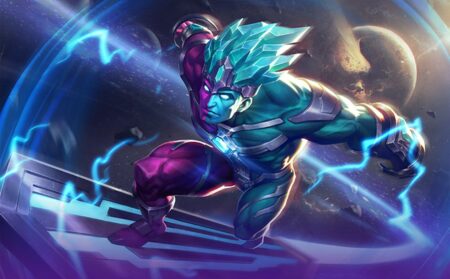 Gord, one of the least used mage heroes in the Land of Dawn, received an important buff a few days ago.

When Mobile Legends: Bang Bang patch 1.6.96 arrived on June 28, many were focused on the changes to the Necrokeep heroes such as Vexana, Faramis, and Leomord. Furthermore, Moonton also improved The Professor of Mystic’s skills, making him a solid pick in the current meta.

Here are all the changes he received in this patch, including an analysis on how likely he will be played in the competitive scene.

Gord gets a small, but important buff in this patch

Before the patch, The Professor of Mystic is rarely used because his skill set needs him to be standing still all the time, a red flag in the current meta where assassin and jungle heroes who can pin down and jump in the backline are prevalent.

Most of his skills have long casting times, making him an easy target in team fights. One example of this is his ultimate, Mystic Gush, where he needs to stand still for a couple of seconds while firing his beam.

Now, Gord can cast Mystic Projectile and Mystic Injunction while moving. He can also use Battle Spells during Mystic Gush’s duration. These changes are a game-changer as he will now be a lot harder to pin down. Think of it this way, Gord right now is like a mage version of Irithel, one of the top marksman heroes in the current meta.

Despite having decreased stats on most of his skills, his increased mobility might turn him into a viable mage in the current meta, alongside Xavier and Yve.