Geek Fam MY coach Amoux: ‘Our main target is the MPL MY Season 8 and M3 title’

Success is a journey. 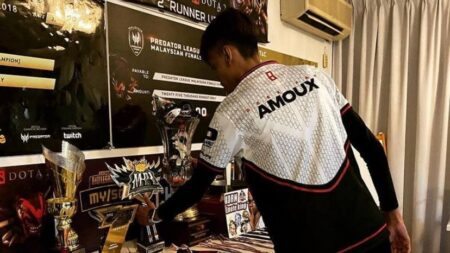 Geek Fam is one of the most successful teams in the Mobile Legends: Bang Bang Malaysian pro scene and they remain one of the strongest contenders in the league, and one of the few to have successfully developed star players.

Xorn, one of their iconic players, is now synonymous with Geek Fam after spending a large part of his career with the organization.

When it comes to results, Geek Fam are still striving for more. Since winning MPL MY/SG Season 3, they have yet to pick up another title. Currently, MPL MY/SG Season 6 champions Todak are also rivaling in popularity after surging through the ranks over the last two years.

And so this MPL MY Season 7, Geek Fam made a decisive move to bring back onboard the very coach who was responsible for their championship success in Season 3, Ariff “Amoux” Iswandi.

The closeness between coach and the squad of veteran players outside the arena is believed to be a key factor in their success. Amoux has also brought in quite a number of new players to breathe new life into the team: Panda, Maima, Nellbie, Lilbee, and Heyden.

Amoux acknowledges that improvements will not happen instantly. He has ambitious long-term plans, but for season 7 he admits he is not too pressured about the title.

“I told the players and fans in Malaysia that in season 7, we want to develop and strengthen the team, so winning in Season 7 is a bonus,” he explained to ONE Esports.

“Our main target is MPL MY Season 8, and securing a place at M3. I hope to become world champion with a team of mixed players (from various countries),” he said.