‘Gather Your Squad’, refer a friend, and you could win 1,000 MLBB diamonds

Refer your friends because… they’re family. 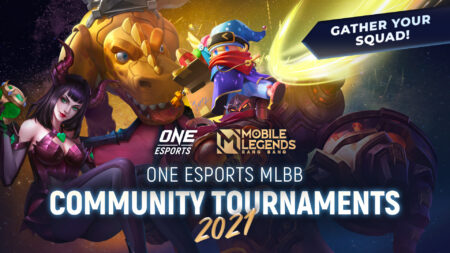 The Mobile Legends: Bang Bang community tournaments organized by ONE Esports are still ongoing. If you haven’t taken part, now’s your chance to win MLBB diamonds!

For the next month, we’re also launching a new contest for players in Indonesia and the Philippines called “Gather Your Squad”, with a chance at 1,000 bonus diamonds for the winner!

The contest is live now and runs until 31 August.

To enter, all you need to do is refer a friend who has never participated in a ONE Esports tournament before. Every successful referral earns you one point.

New players referred to the Gather Your Squad program can only use one referral code to join.

The player with the most referral points on the leaderboard across both participating regions (the Philippines and Indonesia) at the end of the contest will be rewarded with 1,000 MLBB diamonds.

Gather Your Squad runs from 24 July to 31 August, so what are you waiting for? Grab your friends, earn points, compete in the ONE Esports MLBB Community Tournaments and you could be a winner in more ways than one.