The rookie has a few words for the veteran offlaner. 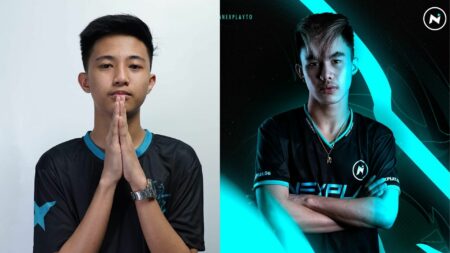 MPL PH S7 is just getting started, but things are already getting spicy among the participating teams and we’ve already seen some banter between age-old rivals Execration and Nexplay Solid.

Execration rookie, Kelra, kicked things off by calling out Nexplay Solid offlaner Renejay, saying that he is his rival and he has found his match in the competitive scene.

In a video posted on YouTube, Execration’s gold laner stated that his feud with Renejay started when Renejay trash talked him in one of his games.

“There was an instance when he trash talked me all of a sudden after I used recall in front of him,” he recalls.

“I was not in the MPL that time, so I promised to get back at him once I enter the tournament,” said Kelra.

Kelra also mentioned that Renejay has found his match when it comes to trash talking, as he isn’t afraid to say things during and after games. “I’m exactly like him (Renejay) so he found his match.”

Both organizations have a history of competitive banter. In season six, players of both teams had a few heated exchanges on Facebook, sparking the Execration-Nexplay Solid rivalry in the tournament.

Now the teams will face off for the first time this season on April 9.

You can watch the full video here.