EVOS Legends reveal why they recruited Antimage and LJ

Will the transfers be EVOS’ key to victory? 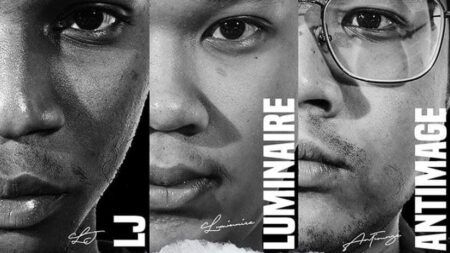 EVOS Legends has been a hot topic in the world of professional Mobile Legends. Heading into the MPL Invitational, the team finally announced that Antimage and LJ would be joining the White Tiger roster.

After the announcement, EVOS Head of Esports Aldean Tegar spoke to ONE Esports about his reasons behind the team’s new signings.

“This is more of our strategy; a business strategy in the world of esports,” stated Tegar. “After two seasons in MLBB, we have given a lot of time and opportunity for young players/talents. Maybe this season, we are ready to invest even more in players who are ready while still developing the young players in the team. “

Tegar’s statement rings true to the history of EVOS. Even in their Season 4 championship, the team managed to bring in only Donkey and then-rookies Wann and Luminare to complete the squad.

While the team continued to provide opportunities to young players in Seasons 5 and 6, their season runs have been bittersweet. Even since Oura and Donkey left the organization, the White Tiger team hasn’t picked up any big achievements.

“When we consider taking in a star player, we try to get the best conditions to hype up the situation,” stated Dean. “Even from a communication aspect, it’s better if you don’t need to adapt anymore.”

Though Tegar had his fair share of words into the transfer discussion, most of the decisions came down to EVOS coach Bjorn “Zeys” Ong.

“The recruit came from an internal discussion, but the coach still has the major say since he leads, trains, and is in charge of the team,” stated the Head of Esports. “But it also relates to the strategy that management wants to use this season. Will you still invest or try young talented players like the two previous seasons or go another route?”

As for coach Zeys, Antimage has been on his radar for a while.

“I have known Antimage for a long time,” stated Zeys to ONE Esports. “Basically, I’ve been observing him for more than a year before he actually joined EVOS.”

“I know there’s a lot of bad rumors about Antimage, but I emphasize that the media is the media, always looking for controversial content,” explained the EVOS coach. “The media only sees 10 percent of what is really happening. There are some who look bad in front of the media while some look good and know how to promote themselves. “

“For me, Antimage is the most perfect player EVOS needs right now,” he concluded.

With the hype surrounding this new roster, it will be interesting to see how Antimage will go about as an EVOS player at the ONE Esports MPL Invitational. Let’s wait and see if EVOS’ newest stars will truly shine in the 20-team competition.

READ MORE: These are the eight rosters that will represent Indonesia at the MPL Invitational