Are you good enough to impress Coach Zeys? 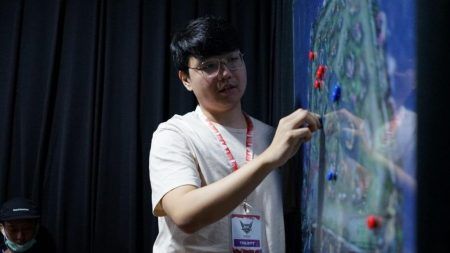 MPL ID team EVOS Legends is currently in the process of searching for new additions to its star-studded roster.

Looking at some of the EVOS’ recent scrimmages, there have been several players who have been trying out for the team. EVOS has checked out MPL players Vaanstrong, Darkness, Pekochan, and several MDL players such as Zoeybit, Panzer, and Clover.

Interestingly, EVOS still hasn’t acquired players in the team’s needed positions. Only REKT and Antimage have continued to scrim in the sidelaner role and will likely be starters for the team.

Head coach Bjorn “Zeys” Ong has even turned to the community, posting a message on his official Discord account, looking specifically for jungle and tank players.

Hi guys, Evos Legends (MPL) is looking for a player for jungle and tank positions. Expected to be able to play all the meta heroes in that position.

Regarding tanks, Zeys seems to be having trouble finding the perfect replacement for their previous player, Donkey. Even with Darkness, Panzer, and Clover trying out for the position, their performance has apparently not met the Singaporean coach’s expectations.

EVOS’ substitute tank, Bajan, was been playing well in his S5 and S6 appearances, but Zeys might be looking for a more solid and consistent player to take over.

The real concern of many fans is why Zeys is looking for junglers. The team currently has Wann in that position and he has been one of the mainstays in EVOS’ starting five. Though his performance in S6 did fluctuate at times, will Wann consider a smaller role to improve his team’s overall performance?

Let’s wait and see who will eventually become the new mainstay of the M1 Championship team.