The boss is here! 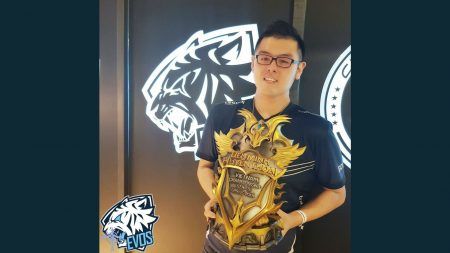 EVOS Esports founder and CEO, Ivan “ToxiCEO” Yeo, is officially listed as a player in the EVOS SG roster that will be competing in MPL MY/SG Season 6.

The official Instagram account of MPL MY/SG recently released the latest rosters for the participating teams in Malaysia and Singapore. Alongside ToxiCEO, he joins last season’s Soul, JPL, Pokemon, and newcomers Potato and AEON.

It is not yet known what Ivan’s role in the team is, whether he’ll be a player, reserve, or coach, but it is clear that his presence pulls a lot of weight.

MPL MY/SG S6 will officially kick start on August 28, and will be played over Friday, Saturday and Sunday for six weeks before leading into the playoffs on 23 October.

READ MORE: These are the teams that have qualified for MPL MY/SG S6