Discipline is the key to RRQ Hoshi’s recent success

Vyn and the boys are now playing with patience. 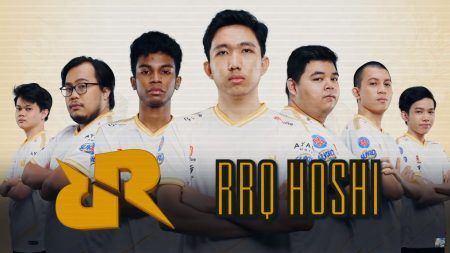 RRQ Hoshi’s journey in the sixth season of MPL ID has very much been a rollercoaster, full of steep descents and sharp inclines. The reigning MPL ID champions won their first two matches with ease but then lost five in a row over the next three weeks. While fans’ hopes were dwindling, the team managed to come back with a five-game win streak.

It’s not easy for a team to rise from such a slump, especially if it carries a big name and high expectations like RRQ Hoshi. Then what makes the King of Kings team rise again through the ashes?

The most striking difference in recent appearances is the team’s discipline. From Week 2 to 4, RRQ played aggressively without careful calculations which led to a weakness in team-fights.

When entering the fifth week, the team played more patiently and did not take unnecessary risks, easily taking two wins and jumpstarting their streak. This style of play might seem boring to players and fans, but it definitely gives satisfying results.

Teams who play patiently almost always compete for a long duration because they will only push to the enemy base when conditions support them. This means that a team would want to max out their players’ levels and inventories for one big team-clash or push for the win. such as items and hero levels. Based on MPL statistics, RRQ is in first place in terms of average match duration at 19.52 minutes.

They are also the top team in the difference between net worth and average GPM. That means RRQ will only commit to ending the match if they are sure that the enemy is far behind and will not be able to survive.

Based on all the facts above, one thing is certain about RRQ Hoshi. The defending champs are securing wins with rock-solid discipline, but will it be enough to bring them back to the MPL throne?