Clay and the boys are striving for greatness. 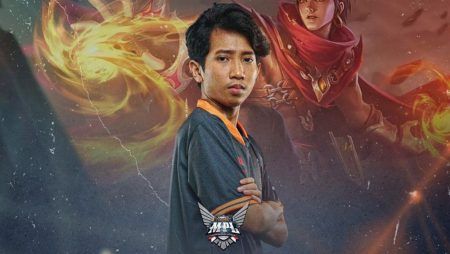 Genflix Aerowolf managed to score big in the sixth week of MPL ID S6. Despite being ranked sixth on the leaderboard, the underdog team grabbed two massive sweeps over Onic Esports and EVOS Legends.

This achievement is not the first time that Genflix Aerowolf has shown some promise. In Week 3, Watt and his squad managed to claim a lossless week after beating Aura Fire (2-0) and RRQ Hoshi (2-1).

Their most recent achievement is critical for Genflix Aerowolf to ensure their qualification to the MPL ID Season 6 playoffs. With the Week 6 blowout, GFLX has statistically eliminated the two bottom teams, Geek Fam ID and Aura Fire, from making it to the playoffs.

The two wins also come as a surprise to the team and its fans, considering that Genflix Aerowolf experienced two close defeats in previous weeks from EVOS Legends and Bigetron Alpha, both ending with a score of 1-2.

Some might say that Genflix Aerowolf’s victory over Onic Esports was pure luck due to Onic’s recent decline in performance, but this kind of assumption does not apply against EVOS Legends. While Rekt and the boys had some trouble at the start of the season, EVOS faced GFLX in their best form yet in Season 6.

This is also acknowledged by one of the Genflix Aerowolf players, Deden “Clay” Hasan. The GFLX support player denied that they only had success in Week 6 because their two opponents were slumping.

“This victory was obtained because Genflix Aerowolf is actually on the rise; EVOS Legends has also won many victories,” said Clay to ONE Esports after the match against EVOS last Sunday. “Right now, we are trying to rise through the ranks because we’re not there yet.”

Genflix Aerowolf’s revival in the MPL ID regular season will face another test in Week 7. Clay and the GFLX squad will go through another gauntlet of tough matches, going against superteams Alter Ego and RRQ Hoshi. If GFLX can clutch another week full of wins, it may prove that the team is worthy to be called a top MPL ID contender.