Despite injuries, Kielvj played like a king in MPL PH opener 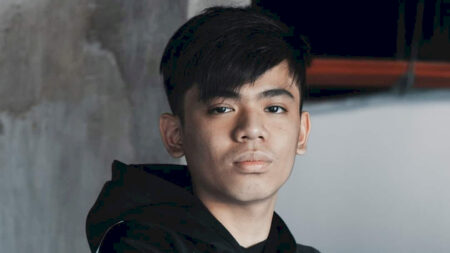 The King is back, ladies and gentleman.

Execration opened the MPL PH S7 tournament with flying colors after they defeated M2 representatives Omega Esports 2-0 in what many described to be an upset on the first day of the tournament.

Execration was dominant in both games thanks to the heroics of Kielvj, who went 5/2/5 as Claude in the first game, and 8/0/7 as Ling in the second. This strong performance earned him MVP honors in both games.

This comes after Kielvj was rushed to the hospital yesterday after the upper deck of a double deck bed collapsed and fell on his face. However, the organization announced just before the tournament that he will be making his debut today.

It was an intense first game for both teams, as Omega Esports went with a four-mage setup to try and shutdown Kielvj with sheer damage. This was problematic for the side of Execration as Omega Esports had the upper hand in the first five minutes.

However, Kielvj and the rest of the squad stood their ground and waited patiently in the late game as they had better scaling with Claude, Lunox, and Paquito on their side.

By the tenth-minute mark, Execration won a team fight and secured Lord to get the upper hand. Omega Esports couldn’t fight back as many of Execration’s players already had their core items. Execration eventually won with a 12-9 kill score.

In the second game, Kielvj’s Ling was dominant against the classic lineup of Omega Esports with Uranus, Jawhead, and Eudora.

Omega wasn’t able to shut down Kielvj’s Ling the whole game, therefore giving him the upper hand in gold and EXP. The King finished with a staggering 8/0/7 to sweep Omega Esports in the first match of the season.

Kelra’s Alice and Ch4knu’s Mathilda were also dominant in this game, providing crowd control for Kielvj while helping him get out of sticky situations as well.

Execration will next face Blacklist International on week 2, Friday.