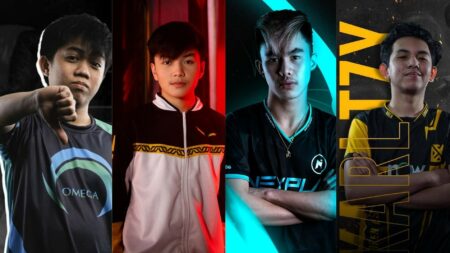 MPL PH Season 7 kicks off this week with an absolutely stacked schedule of matches.

Here’s our picks for the top three:

The first match of the season will see two of the Philippines’ best teams battling it out. Omega Esports will pit their battle-hardened M2 roster against a new-look Execration, who have been bolstered by the additions of MPL champions, Kielvj and Renzio, who won it all with Aura Philippines.

Will Execration open the season with a momentum-building win or will the boys in green and blue triumph with the guidance of their new coach, Ynot?

Bren Esports, who are widely regarded as the best team in the world after winning M2 World Championship, will open their MPL PH S7 campaign against a newly-revamped ONIC Philippines. As Bren Esports is considered by many as the team to beat this season, ONIC Philippines will be eager to prove that acquiring star players Kari, hate, and newcomer Markyyy is a step in the right direction.

Meanwhile, Bren will be keen to reassert their dominance and prove that they haven’t lost a step over the offseason.

On day 3, we’ll be looking forward to another match featuring Bren Esports. This time, as they take on Nexplay solid.

Will the Akosi Dogie-led squad rise up after an early playoff exit last season or will the M2 World Champions once again prove that the hashtag #BrenLangMalakas is still in full swing?

READ MORE: This game-changing Lithowanderer buff is every jungler’s dream