Aurora is sure to shake things up in MPL PH 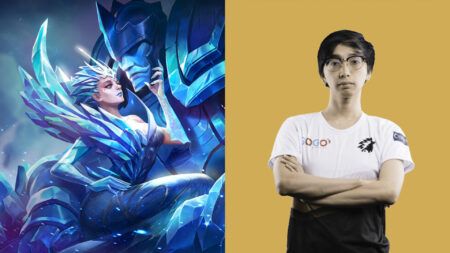 We already know that the upcoming MPL PH Season 7 will be a must-watch, especially with World Champions and MPL PH S6 champions, Bren Esports, trying to defend their title.

But other than Bren, another team that you should be keeping an eye on this season is Blacklist International. And it’s all because of one player, OhmyV33nus.

If you missed it, here are the upcoming changes to Aurora:

These may seem like small changes, but it’s a game-changer for pro players like OhmyV33nus where every number counts. What made Aurora previously unplayable in pro play was her lack of late-game scaling and survivability, but this change fixes all of that.

While Aurora still lacks an escape ability, her massive damage now more than makes up for it.

Aurora was not played in MPL PH S6, but we predict these simple but effective buffs will elevate her to the top and finally see her picked by pro players such as Ohmyv33nus.

READ MORE: 3 MLBB heroes that are due for a major rework