You could be the next pro MLBB player for EVOS SG

Are you good enough to replace Soul and Aeon? 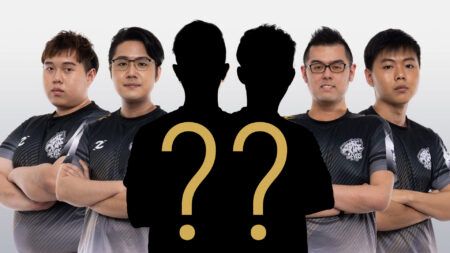 After Ong “Aeon” Wei Sheng and Stefan “Soul” Chong Ru Chyi announced their retirement at the end of the M2 World Championship in January, EVOS SG are now looking for two new players to replace them.

EVOS Legends head coach Bjorn “Zeys” Ong posted on his Facebook page that the organization will be holding open tryouts for their Singapore team. While he did not list any requirements, the application form requires players to indicate their MMR in Mythic, and list down any past competitive gaming experiences.

As Aeon was previously in-charge of drafting, Soul told ONE Esports that EVOS SG are looking for a player who can not only fulfil his in-game role, but also his leadership position in the team. He will also be overseeing the recruitment of new players.

Interested applicants must be based in Singapore, and submit the online application by February 14, 2021.

READ MORE: EVOS SG Soul: ‘I thought the gap was really big at MPLI, but recent scrims changed my mind’