3 MLBB heroes that are due for a major rework

To all Faramis mains – we feel you. 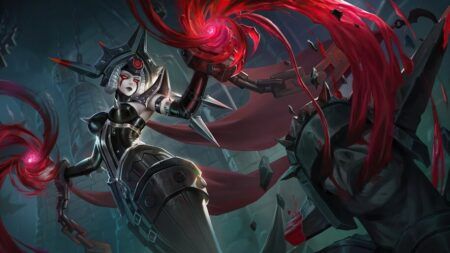 Mobile Legends: Bang Bang contains some of the most fun heroes you can play. Some are easy, difficult, and some might even get you to mythic rank easily. It’s an exciting MOBA with a lot of possibilities, where each hero you play has their own strengths and weaknesses.

However, there are some that haven’t made the cut when it comes to playability for sometime now. Despite Project: NEXT fixing many heroes who were once underpowered, some remained unchanged.

It’s either they have abilities that could use some improvements, have subpar stats, or just isn’t fun to play at all. Here are three heroes that we believe could use some rework.

A marksman that has the unique ability to auto attack while moving, Irithel has become a hero that’s rarely seen in pro and ranked play. Her damage output is above average once you get your core items, but you can only do so much in the late game when your enemies are at their peak strength.

She relies heavily on her team playing around her, giving her space to kite, which can become a burden especially in higher ranks. The only thing you can do is pray that your damage output will eliminate your enemies first before the assassins or opposing marksmen set their sights on you.

In a fast-paced meta where movement speed is paramount, an added skill that let’s her traverse the map is a welcome change. Giving her some hard crowd control also let’s her do wonders, since she has no way of escaping assassins unless a tank is peeling for her.

Next on our list is the Twisted Summoner, Vexana. She has a lot of potential to become an S+ tier mage, but what sets her back is her early game and skill interactions. She is a difficult hero to play, as both her abilities are skill shots.

Her ultimate, Cursed Oath, creates a puppet of the slain enemy who is under the curse. It’s one of the most creative ultimates in the game as it lets you control another unit, but you can only do so much in terms of commanding what you want it to do. The puppets doesn’t cast any skills, and only auto attacks nearby enemies, so tough luck if you ended up reaping a mage or support hero as your puppet.

A cool change for Vexana would be to make her casting time shorter so that she can fare well with the current fast-paced meta. Changes to how the puppet works are also recommended so that it opens up the options for her to control her skills. This allows her to have greater outplay potential from early to mid game.

Who could forget Faramis? He has been a running gag in the community, as they assumed he has been forgotten by the game developers. He had no buffs and nerfs from the day he was released. Fans have been petitioning for Faramis to receive a new skin, as he also hasn’t received a new skin since release.

The reason why he’s not been played is because of his underwhelming abilities. His damaging abilities are annoying at best, and his ultimate, Cult Altar, can be countered by pushing off or luring enemies away from the area of effect so that they won’t resurrect after death.

Changing skill one and two is a good start. Adding a support ability that provides a buff to his teammates will solidify his support role. An interesting mechanic would be to add a skill that gives him the ability to pull team multiple teammates toward him to set up his ultimate better.