The back-to-back MPL champions are destined for another win. 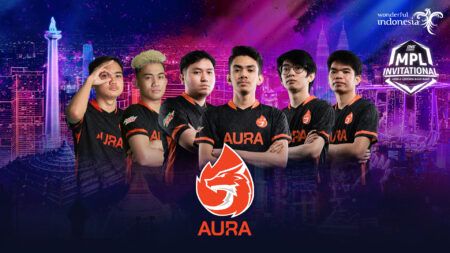 Day two of the ONE Esports MPL Invitational featured another civil war between Aurafire ID and Aura PH. While High and the ID squad fought to the end, their PH brethren came out with the 2-1 victory.

With the civil war victory, ONE Esports was able to talk to Aura PH team captain Rafflesia on what’s next for him and his squad.

The first game featured an interesting role shift on the side of Aura PH. Instead of putting the hero of Harith as a carry marksman, the PH squad put him in the role of support as a means to increase their damage potential.

“The reason why we picked Harith is because of the impact of him in early and late game fights,” said Rafflesia. “We can control the entire gameplay and set up stronger fights with Harith on our team.”

While the two teams are familiar with each other, Rafflesia expounded that Aura ID changed their roster right before the competition, putting them in unfamiliar territory. They only happened to scrim with the new roster on one occasion so they had to improvise and create even more strategies to counter any potential outplays by them.

“Everything was new and a surprise for us,” explained Rafflesia. “We prepared a lot of gameplays so, in case they got the upper hand during the game, we can actually change our gameplay and strategy.”

The team faced an unfortunate loss in the second game. Even with newcomers Hadess and Bennyqt on their comfort picks of Ling and Alice, the team struggled to close out with a win.

“The reason why we lost was because of our objectives,” confirmed the team captain. “We decided to play picks, but we didn’t really get anything out of it so we essentially lost the mid-to-late game engagements.”

By game three, Aura PH had a heavy emphasis on creating space for Killuash to perform a backdoor strategy.

Rafflesia analyzed that their opponents were not prioritizing base defense in the first game so they exploited that weakness with Killuash’s Chou pressuring the sidelines. Luckily enough, the PH team was able to stall out the game with such pressure and relied just on one big clash near their base to end it all.

While Aura PH came out victorious in the Aura civil war, the team captain believed it was their analysis of the new patch that truly helped them succeed. Despite the patch only coming out a few days before, the team immediately realigned their strategies and picks to the new meta.

Rafflesia also noted the improvement of the team’s dynamics with new players Hadess and Bennyqt. While Hadess provided a strong core presence, Bennyqt was the perfect foil to Killuash in the side-lanes. With the two synergizing in map pressure and control, it freed up the mid-lane to explore more roaming options.

Despite being the team captain, Rafflesia was not present in the playing line-up.

“I was on vacation,” joked Rafflesia. “I’m preparing something new. I was one of the coaches in this series to help improve the team.”

When asked about his thoughts on the now all-PH bracket with Bren, the Aura PH captain was hopeful for healthy competition with the three teams of Aura, Onic, and Bren.

“No matter what, the Philippines will win from this bracket,” stated Rafflesia. “There’s a challenge for us to prove ourselves bcause we’re fighting our fellow citizens of the Philippines. We’re playing this for our name and the country so we will decide who wins.”

The team is facing Onic PH in their next match and Rafflesia looks ready to turn up the heat for their local rivals. While the two teams are currently fielding new-and-improved line-ups, Rafflesia was confident that they’ll make it out on top.

With Bennyqt and ONIC’s Hated coming from the same MPL PH S6 team, this will be the first time they’ll be on opposite sides so there might be a budding rivalry between the two cores.

To conclude the interview, Rafflesia challenged Jay and his ONIC squad to give them a worthy match-up.

“Do your best, prove your talent, and prove that you can carry your team,” stated Rafflesia.