Aura PH now has two veteran coaches under their helm 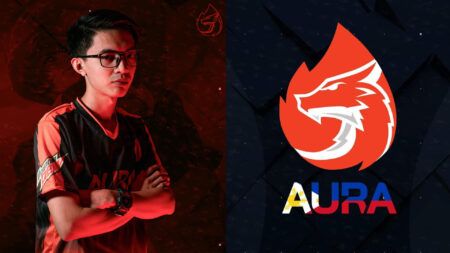 Aura Philippines has set their sights on making a comeback this MPL Season Seven as they have acquired former Omega Esports head coach Steven “Daledalus” Vitug, the organization announced Wednesday.

The addition of Daledalus will strengthen the organization’s push to claim another championship trophy after dropping to fifth-eighth place last season.

Daledalus will coach alongside Michael “Arcadia” Bocado, who was a key factor in the country’s first back-to-back MPL title in seasons four and five back when they were still in Sunsparks.

Vitug has been a strong presence in the Mobile Legends: Bang Bang professional scene, leading Omega Esports to a podium finish in MPL PH Season Six and The Nationals Season Two.

He was also the coach when Omega Esports represented Philippines along with Bren Esports in the M2 World Championship, finishing in fifth-sixth place after losing to Alter Ego in the loser’s bracket.

But perhaps his most decorated achievement in the MLBB scene was when he and coach Brian”Panda” Lim steered Sibol in the 2019 SEA Games to a gold medal finish against Indonesia.