Amidst Onic’s ups and downs, Sanz has stood out 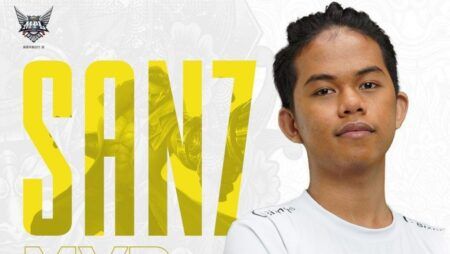 Nobody would have thought that ONIC Esports would dominate the first half of the regular season MPL Indonesia Season 6. But they’ve done just that by leading the MPL standings from the get-go, only taking one loss in half of the season.

In the midst of Onic’s ups and downs, there is one player that has consistently been Onic’s best player. His name is Sanz, the core player who was recruited at the start of the season from the MDL team, Victim Esports.

Since the beginning, he’s immediately attracted the attention of MLBB fans thanks to his expertise in playing the hyper carry role. There was not the slightest bit of hesitation in his game that a usual rookie player would have.

Even when Onic experienced a mid-season slump, Sanz stayed in check. The Onic hypercarry currently still stands as the deadliest player in MPL Indonesia, recording the most kills, the highest KDA, and the biggest damage-per-game.

With the team now back on a winning streak, Onic is now in second-place and guaranteed a spot in the playoffs. They might be experiencing some glorious victories right now, but will Sanz’s consistency continue into the MPL Playoffs, or will the postseason stage be too big for the hotshot rookie?