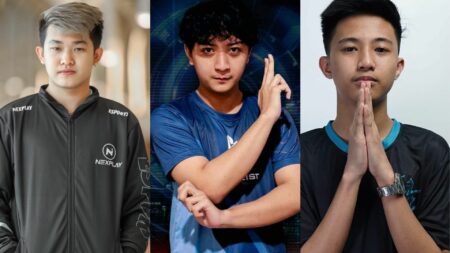 The seventh season of MPL Philippines is about to begin, and fans are eager to see the top teams in the country battling it out once again for a chance to be called the best of the best.

The offseason has brought about a lot of roster changes, and the season will also feature some new faces looking to make a name for themselves.

Here are three rookies you should look out for this season.

First on our list is NXP Solid’s newest member, Jeymz. While he’s a newcomer to NXP Solid and the MPL, he was previously part of the Akosi Dogie-led sister team, NXP Salty.

Jeymz is an explosive player in the offlane position with a wide hero pool. Even NXP Salty coach Yolo mentioned in one of his livestreams that Jeymz is a better player than NXP Solid’s star player, Renejay.

After a disappointing first-round exit in the playoffs last season, can Jeymz turn things around for NXP and lead one of the most hyped teams in MPL to a championship? We can’t wait to find out.

Oheb is a rookie for Blacklist International, but he has already proven that he can handle the pressure of the big stage, with the ONE Esports MPL Invitational serving as his baptism of fire on the pro scene.

With Oheb surrounded by veterans like DEX STAR and the dynamic duo of OhmyV33nus and Wise, all the pieces are in place for this young star to shine this season.

Kelra is one of the most exciting prospects on the MLBB pro scene with many calling him a child prodigy for his mechanical skills and excellent decision-making.

His first appearance on the pro scene was at Juicy Legends 2021, where he played in the gold lane position for Execration. He was phenomenal, to say the least, and was one of the best players in the tournament, despite his lack of pro experience.

Execration has yet to win an MPL trophy, but many fans speculate that this may be the best lineup the team has ever fielded. With Kelra, Kielvj, and Renzio all extremely talented and looking to prove themselves, this could be Execration’s year.