The biggest winners and losers of Legends of Runeterra 1.10 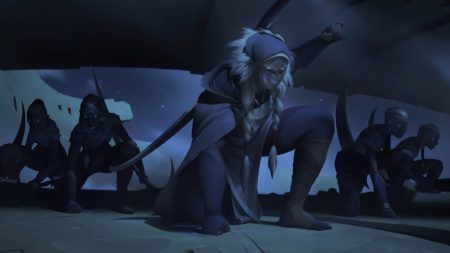 With the Call of the Mountain expansion fitting nicely into every duelist’s deck, Legends of Runeterra receives its bi-weekly patch update that gives substantial changes to the game.

While the region of Targon remains fairly balanced, a few champions from Ionia and Piltover & Zaun get some significant makeovers.

As the only buff in the Targon region in this patch, Cygnus becomes a solid mid-range Nightfall character in the game. Being able to give an ally and himself Elusive, he’s now able to deal a solid strike of 10+ power if used correctly.

Piltover’s finest explorer gets a massive downgrade in his level-up requirements. When discussing his position as an enemy champion, the developers found that his second-level form provided too much firepower for Ezreal. With that, Ezreal will now have more target requirements to be able to transform to his hot-shot, level-two version.

While the region of Ionia and its elusive units have been easily bumped down in previousu patches, their heroes rarely stand out as early-game offensive playmakers. While you may have Zed who’s an easy pick-off if you have a Mystic Shot, the developers have tuned Lee Sin into an early-game card, costing less with a higher level-two requirement. With this, you can bet that Ionian decks will use Lee Sin as a solid attack in the early-game.

Bilgewater takes another questionable trade with its more quintessential cards. While Crackshot Corsair now has more health, Yordle Grifter is now a flat-out Allegiance card, making him a hit or miss with his Warning Shot in any Bilgewater fusion decks. On top of that, Jagged Taskmaster becomes a lower-costing card with even lower power and health, becoming a quick card to dispose of in the early game.

You can check out the full Legends of Runeterra 1.10 patch notes.

READ MORE: Lulu and Trundle are coming to Legends of Runeterra