Legends of Runeterra will launch seasonal tournaments with Monuments of Power

A welcome picker-upper toward the end of 2020! 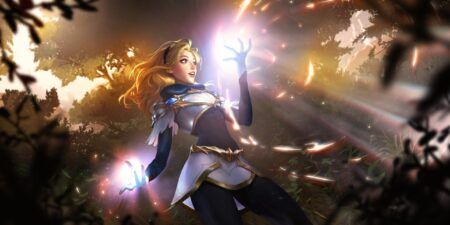 Riot Games is ramping up the hype for Legends of Runeterra’s next expansion, Monuments of Power, which is scheduled to drop in less than two weeks. And with their latest dev update video, the LoR team has announced that seasonal tournaments will be incorporated into the upcoming update.

Seasonal tournaments will take place at the end of each season and will be the game’s showcase stage for the season’s best players. These events are also being hyped as “the path to professional play and a thriving competitive [LoR] scene.”

The tournaments will be open to more than 1,000 competitive players in each regional server. To earn a spot, you have to be one of your region’s top-ranked players or one of the first players to complete the season’s final Gauntlet.

These options give players different paths toward qualifying. You can either grind as many hours in-game as you can to climb the ranks and complete Gauntlets, or you can hone your skills and strategies to efficiently earn “difficult, consecutive wins.”

The seasonal tournament for Monuments of Power is scheduled to begin on December 6. There will also be a Last Chance Gauntlet on December 4 for players who are in position to make a late push toward a tournament slot.

In other updates, Monuments of Power will also introduce a new card type called Landmarks. These cards can be used to influence game outcomes with unique effects that last an entire game. Landmark cards cannot be used to directly attack, block, or take damage.

Riot also teased that a new event is in the works for LoR. Building off the success of their previous Spirit Blossom Festival event, Legends of Runeterra will launch a special event between October and November. There are no specific details so far, but Riot is already promising improvements in quests, rewards, and daily win bonuses based on players’ feedback from the last event.

Moving forward, Riot is going to follow an updated release schedule that will give players fresh cards to play with every two months. Then every six months, players can expect a big, new expansion to introduce and explore a new region in the game.

Legends of Runeterra’s new season will kick off on October 14.

READ MORE: Everything we know about Tellstones, Riot’s new board game set in the world of Runeterra