Who will reign in North America? 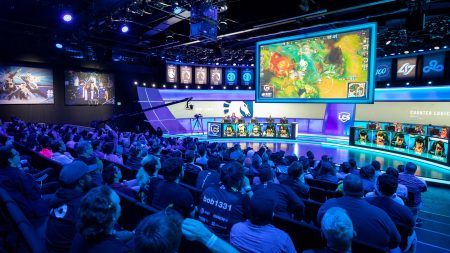 The League of Legends global free agency has shaken things up in the North American- region. With all ten teams shuffling their players and a few moving over from various regions, we’re bound to see a new-and-improved league in the near future.

Here is our report card for the best and not so great off-season transfers in the LCS:

100 Thieves gets a massive upgrade with an almost-complete squad overhaul. Despite having a bittersweet end to their triumphant Summer season, four members of the 2020 Golden Guardians squad stuck together in the off-season and found a second chance with the LA-based org.

With superstar top-laner Kim “Ssumday” Chan-ho acting as the team’s offensive cherry-on-top, the carried over chemistry of the former GGS members could spell a potential domestic championship for the bolstered team.

Cloud9 scored an all-star high profile transfer with former G2 Esports bot laner, Luka “Perkz” Perkovic. While the Croatian player has crossed the pond to play in the mid-lane, he’s proven to be a mechanical master no matter what role you put him in.

The org has also promoted Ibrahim “Fudge” Allami to the main LCS roster. While he may still be an Academy player from the get-go, C9’s all-star roster will be more than willing to bring him to a new level of play.

While CLG is recognized as one of the league’s worst-performing teams in recent years, things are looking pretty solid during the off-season. After taking out some underperforming players from their line-up, the bottom-placing team decided to rebuild around Eugene “Pobelter” Park and Andy “Smoothie” Ta.

After Broxah’s recent year with Team Liquid, the import jungler has found success in the LCS, while WildTurtle’s time in FlyQuest further proved his status as a consistent veteran. As for Finn and his first-ever Worlds appearance with Rogue, the young talent definitely has room to grow with CLG.

Dignitas is looking to become the bedrock for homegrown talent in the LCS. With an all-American line-up heading into 2021, it’ll be interesting to see how they will fare against import-heavy teams like Team Liquid and TSM.

After a intricate set-up in the 2020 LCS season, Evil Geniuses has decided to clean up shop and bring in some tried-and-tested players to their main line-up.

When it comes to big-name transfers, EG picked up Jeong “Impact” Eon-young along with former FlyQuest support, Lee “IgNar” Dong-geun. While they were never teammates in the past, 2021 might hold a newfound dynamic between these two fellow countrymen.

Evil Geniuses also promoted Matthew “Deftly” Chen as their newest bot laner. While he’s been bouncing around LCS and Academy teams, he could transform into a stronger player with IgNar leading at bot.

With a more experienced and consistent line-up heading into 2021, we’ll likely see Evil Geniuses grow out of its mid-table reputation and finally take an LCS slot at Worlds.

Despite having a solid underdog run with a veteran-packed line-up, FlyQuest has released its entire 2020 squad and is looking to start fresh with a few hopeful prospects.

FLY struck a three-man deal with Cloud9, picking up Eric “Licorice” Ritchie, Christian “Palafox” Palafox, and David “Diamond” Bérubé. While Palafox and Diamond are essentially Academy players, they were part of a two-time championship Academy team. With fellow C9 org-mate Licorice by their side, we expect them to transit into an LCS-winning mindset in no time.

FlyQuest closed out its line-up with bot lane phenom Johnson “Johnsun” Nguyen and LATAM import player Brandon Joel “Josedeodo” Villegas. Johnsun was a sharpshooter during his Dignitas days, and Josedeodo wowed audiences at his Worlds Play-In appearance with R7.

With a few young guns and a top-lane veteran, FlyQuest will likely retain its quiet, yet dominating presence in the LCS.

With the team failing to meet expectations despite a promising line-up, Golden Guardians have scrapped its 2020 squad for a full-roster rebuild.

Only Trevor “Stixxay” Hayes would ring a familiar bell after his time at CLG. If you’ve been following the entire GGS organization, you might recognize Nicholas “Ablazeolive” Abbott as the promoted mid laner of the team.

Aiden “Niles” Tidwell and Ethan “Iconic” Wilkinson are a duo from Maryville University, and enter as fresh talent from the local scene. Interestingly enough, GGS picked up an import, former All Knights player Leandro “Newbie” Marcos.

While a roster rebuild that promotes amateur players into the big league is by all means a step in the right direction for the LCS, we hope that the new 2021 GGS squad doesn’t end up flatfooted against more experienced teams.

While many teams have used their two import slots to bring in some game-changing names in the LCS, Immortals have done the complete opposite for the 2021 season.

Instead of going for a full local roster rebuild like Golden Guardians, Immortals have outsourced its roles to mid-tier talents from around the world. The team signed Mitchell “Destiny” Shaw and Andrei “Xerxe” Dragomir from Astralis (AKA Origen), a team that finished last in LEC Summer 2020.

Team Liquid is another squad that absolutely won the off-season with some key transfers. After a heartbreaking 3-3 Worlds performance that centered around Nicolaj “Jensen” Jensen and rookie ADC Edward “Tactical” Ra, the org sought to bolster its top side to rival those of the LCK and LPL regions.

LEC rising star Barney “Alphari” Morris was added to the roster along with veteran jungler Lucas “Santorin” Larsen. Alphari comes in as an import talent that provides a new approach, while Santorin is able to back him up with his control-heavy playstyle.

With Team Liquid’s diverse mix of young, eccentric players and veterans, the LCS team continues to be a favored pick for Worlds 2021.

TSM’s drastic off-season echoes the proverb of “when one door closes, another one opens”. With the team facing two franchise player retirements, TSM managed to pull out a stronger team for the next season.

In the bot lane, TSM signed Worlds finalist support Hu “SwordArt’ Shuo-Chieh to aid the newly promoted Lawrence “Lost” Hui. While their experience levels vary, Lost is confident that SwordArt will help him up his game.

Since Sergen “BrokenBlade” Celik left for the LEC, TSM capped off their 2021 line-up with Heo “Huni” Seung-hoon. Despite showing a lukewarm performance in 2020 under Dignitas and Evil Geniuses, Huni is ready to solidify his role as a true veteran.

TSM also brought back Hauntzer as their Academy top-laner, who could substitute Huni on the main LCS roster if the need arises.

While the new squad looks significantly different from the Bjergsen era, it’ll be interesting if Bjergsen’s role as head coach could foster a stronger backbone for the already stacked team.