Can they pull off another miracle run? 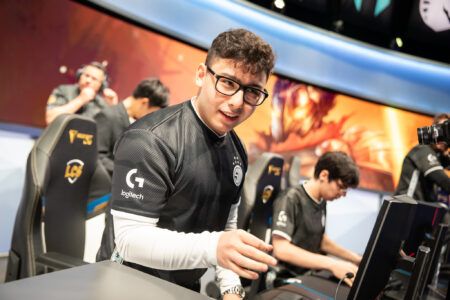 This might really be the craziest off-season the League of Legends esports community has ever witnessed with legendary players retiring, star players moving to other teams, and even major region shifts with players transferring between LCS and LEC.

One of the biggest names to jump from the LCS to LEC is ex-TSM top lane Sergen “Broken Blade” Çelik, who has just been signed as Schalke 04’s newest player.

Broken Blade will be replacing Andrei “Odoamne” Pascu. He will be reunited with his former Royal Bandits teammate, Felix “Abbedagge” Braun who he considers as “one of his closest friends.”

With former teammates reunited like G2’s Martin “Rekkles” Larsson and Rasmus “Caps” Winther and now Broken Blade and Abbedagge, will we the LEC witness fresh and powerful tandems this season?

Broken Blade also mentioned Schalke 04’s memorable miracle run last Summer Split where they where able to qualify for the Playoffs despite a measly 4% chance of making it midway through the season. What looked like an impossible task from the last few matches of the Split became a miraculous run as the team went on a seven-win streak against big teams like G2 Esports, Fnatic, and Origen.

“I’m joining because I think we will win,” said the 20-year old top laner. “You can just really see that from that miracle run that they (Schalke 04) did. The cool thing is, coming from TSM from our last miracle run, like Playoffs run, right? It was similar to what Schalke had done. I want Schalke to just straight up dominate the scene.”

READ MORE: Doublelift spills the details on what happened with TSM at Worlds