This Genshin Impact banner broke the record for sales in China

The Spark Knight remains to be a popular choice. 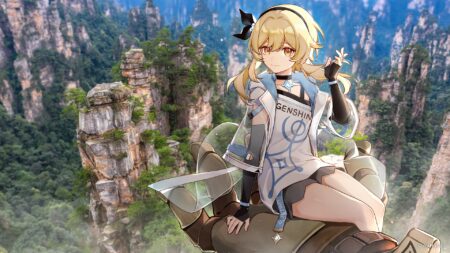 Since its launch last year, miHoYo’s open-world gacha game Genshin Impact has introduced numerous banners and characters to its story. The game currently has 36 playable characters excluding Travelers Aether and Lumine, the protagonists of Genshin Impact.

Which Genshin Impact banner had the highest sales in China, the developers’ home country? The following statistics shed some light on this question.

Players spent a whopping US$890,000 (CN¥5.76M) upon the release of Klee’s banner according to an estimated sales graph by Chinese platform Chandashi. Note that this graph only includes iOS users in China. Klee now holds the record for the highest single-day sales in China.

Venti, another Mondstadt character, is just behind after his rerun banner earned US$775,000 (CN¥5.02M) during its first day. This is double that of Venti’s debut banner which only earned US$350,000 (CN¥2.28M) as interpreted by Redditor u/aljini10.

Venti is the mortal vessel of the Anemo Archon Barbatos.

Surprisingly, Keqing’s banner earned the least profit out of all the Genshin Impact banners.

Here is the graph for the estimated Genshin Impact banner sales among Chinese iOS users. This data includes all character banners up until Yoimiya’s launch:

When it comes to global statistics, Zhongli earned the most revenue on December 1 last year. Zhongli’s banner alone raked in US$15.5 million from both Android and iOS users on a single day according to a report by Sensor Tower.

Zhongli (who also goes by the name Rex Lapis and Morax) is the vessel of the Geo Archon in the game. Zhongli is the god of contracts, war, and wealth and prosperity.

The Anemo polearm user Xiao came in second place at US$15.1 million while the Cryo bow user Ganyu is just a little behind at the third spot in character revenue with US$14.8 million.