This is how Genshin Impact players greet each other IRL. 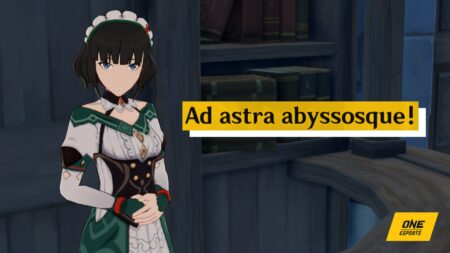 As soon as you’re done, you head over to the nearest Adventurers’ Guild to be greeted by the cheerful Katheryne.

“Ad astra abyssosque! Welcome to the Adventurers’ Guild,” she says.

Have you ever wondered what is Genshin Impact’s Ad astra abyssosque meaning, origins, and translation? We’re curious to know too, and did some digging.

In Genshin Impact, the Adventurers’ Guild’s receptionist Katheryne greets you with the phrase “Ad astra abyssosque” every time you interact with the non-playable character (NPC).

This welcome greeting is in Latin, and it means “To the Stars and the Abyss.”

Ad Astra Abyssosque in English, Japanese, and other languages in Genshin

READ MORE: Why you should absolutely use Razor in Genshin’s Raiden Shogun domain