Everyone will want to be the first soldier. 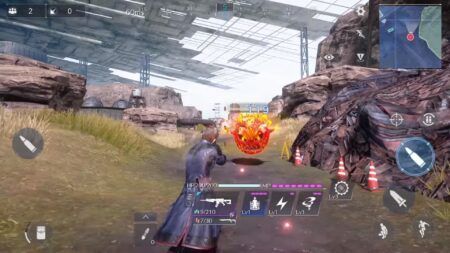 Here are three reasons why Final Fantasy VII: The First Soldier already looks like a hit. 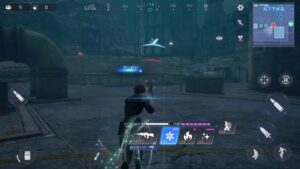 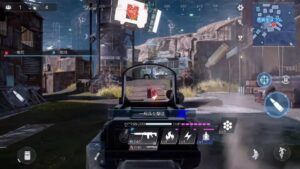 If it’s not broken, don’t fix it. Square Enix has clearly done its homework for the First Soldier, and it looks to have all the staples of good third-person shooter gunplay.

In the trailer, we see players carrying your usual two-weapon arsenal, ranging from SMGs, shotguns, to sniper rifles. The game also lets you fire from the hip for some easy run-and-gun, but if you have a rifle in hand, you can also use aim-down sights (ADS) for a more accurate shot.

Movement looks quite similar with characters on a standard auto-sprint speed. You can also crouch and jump to remain unseen or scout out a potential attack.

Despite it being a step away from Square Enix’s usual forte, The First Soldier provides a solid approach to the shooter genre and properly adapts the battle royale experience to the city of Midgar. 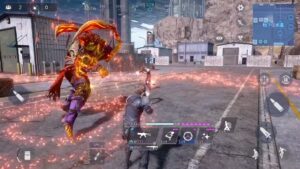 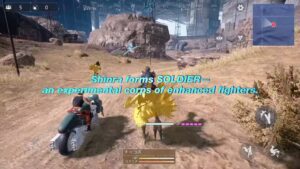 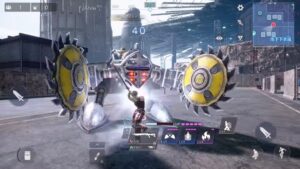 As a Final Fantasy game at its core, The First Soldier infuses its battle royale gameplay with a handful of FF’s signature RPG elements.

The trailer firmly shows that gunplay is the best way to eliminate opponents, but TFS allows its users to do drop-kicks, swing swords, and cast spells to outplay the competition.

As for spells, you can see players putting up shields, enchanting ice to their weapons, and even riding wind currents to reach rooftops. It may look like a tedious addition to a gun-based battle royale, but TFS incorporates a mana system that limits what you can do in a simple skirmish.

The game looks to have an inevitable ramp-up in its RPG features. As a match progresses, you can upgrade your three spells to a maximum of three levels and have the chance of summoning epic creatures like Ifrit, FF’s iconic fire summon.

In terms of environmental aspects, TFS hones into the beautiful backdrop of Midgar. Instead of cars or jeeps, you and your squad can ride through the sectors in motorcycles and Chocobos.

Keep an eye out when exploring though because the game teased some PvE opponents like Bombs, Sweepers, and even Guard Scorpions that’ll pose a threat to you and your party.

Other than being a faithful spinoff of one of history’s quintessential JRPG games, The First Soldier looks to be an incredibly accessible game.

Hitting both checkmarks of mobile and free-to-play, the game will easily develop its own player base without really having to do much. As a battle royale, friends can casually party up on their phones and feel those classic FF undertones while also enjoying familiar yet fresh gunplay.

From the trailer, the developers also previewed a party dynamic that has players picking specific roles such as mage, support, and fighter. Support characters put up shields and provide heals as mages launch fireballs and fighters deliver a finishing slash. Seeing as how you can form a four-man squad, there will be various party set-ups that you and your friends can use to get the victory.

While it doesn’t seem like your run-of-the-mill 3PS, The First Soldier offers a novel experience that dares to push what a battle royale can do. If you’re a fan of innovative BR games and the world of Final Fantasy, this might be the game for you.

Final Fantasy VII: The First Soldier will be out sometime in 2021 for Android and iOS.

You can watch the full trailer down below: