5 reasons why you should start playing Apex Legends again

The action-packed battle royale is still alive and kicking. 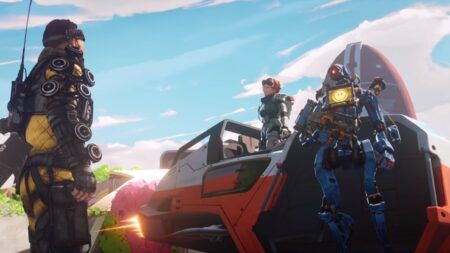 EA and Respawn Entertainment’s Apex Legends has gradually slid under the radar in recent months despite enjoying a bombastic release in February of last year. While many FPS fans and casual players have ruled out the game as a dud — especially compared against more popular games like Fortnite and Valorant — Apex Legends still stands as one of the best battle royale games that you can play today.

Here are five reasons why you should start playing Apex Legends again:

The Apex Legends roster is bigger than ever

One of the biggest issues about Apex was its initial roster. Limited to only six available legends, the game seemed to repeat the same combos and tricks throughout its earlier days, leaving many players unsatisfied.

With the recent release of Season 7: Ascension, the game’s roster has nearly tripled in size, having added more complex legends to choose from. While the default legends teach you the ropes on how to integrate gun-play with simple skills like Bangalore’s smokescreen, the unlockable legends grant you more interesting skill-sets and new playstyles. I recently picked up the latest character Horizon and her gravitational gameplay literally sends you and your opponents flying during team fights.

While it might be some time until we see a new character hit the roster again, Respawn’s intricate detail in character concepts deserve much more exposure and love from a bigger audience. Every member of the cast has their unique charms in design and is more than capable of immersing players into the thrilling world of Apex Legends.

The gun-play is experimental and complex

Apex Legends’ gameplay is somewhat unique compared to its battle royale contemporaries. While Fortnite has its building and Warzone has its realism, Apex stands right in between the two extremes with fast-paced gameplay mixed with larger-than-life shootouts.

It does take a while to get used to Apex since it requires a handful of movement to best your opponents. Everything from hot drops to slide-jumping is essential for you to experience the game at its core. And let’s be honest, nothing is more satisfying than knocking down a pesky enemy with a quick slide headshot.

As for your arsenal, you have to feel out the guns and see what fits your play style best. I dropped into a game and missed most of my shots with the Volt SMG, but once my friend handed over a turbocharger hop-up, the energy weapon became an instant favorite.

Considering all the other add-ons to improve your gun, every game of Apex feels like a worthwhile journey where you can experiment with your pick-ups and not be locked to a certain set. You can be a run-and-gun monster with an EVA-8 shotgun or a long-shot assassin with the Sentinel.

If you feel like you’ll grow tired of these weapons, you can count on developer Respawn Entertainment to do its best to optimize all guns in every patch. While the peacekeeper was a go-to gun back in the game’s King’s Canyon days, the gun has been switched with the Mastiff shotgun as a rare weapon only found in care packages. Needless to say, there are more than enough good weapons for you to get your hands on. 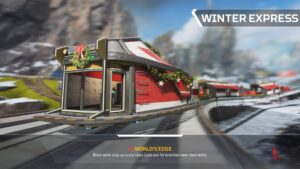 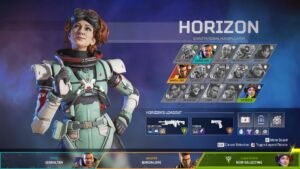 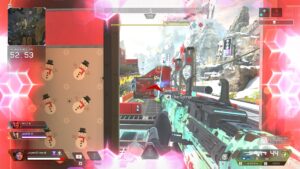 If you’ve had your fair share of battle royales and just want to play something more novel, the Winter Express game mode is your best bet in experiencing Apex and its core shooting mechanics. Winter Express is pretty much a mashup of domination and capture-the-flag, but instead of control points and a flag, all the fun revolves around a Christmas-themed train.

The Winter Express lets you handpick legends with powered-up guns and full shields, essentially removing the whole looting process. Also cutting the player-count from 60 down to a mere nine players (split into three squads), this game mode becomes a test of which team has the better sharpshooters.

To win Winter Express, you must capture or hold the train for three rounds. With two teams attacking and one team defending, things can go from quiet to loud once the train makes its mandatory round stop.

As an attacker, you glide in from an airship and do your best to board the train for a point. The catch is that you can’t capture the train immediately if there are other members held up inside any of the carriages so it’d be best for you to eliminate any sighted enemies.

As for the defender, you can leave the train and scout around the stop throughout your defending rounds, but if you don’t make it back in time once someone’s boarded, you lose control of the train and will have to restart from the skies as an attacker.

Even though Apex Legends carries its battle royale banner high, it’s nice to see Respawn create these offshoot modes that further flesh out the game’s mechanics and improve the Apex experience as a whole.

The new map introduces a beautiful cityscape with hovercars 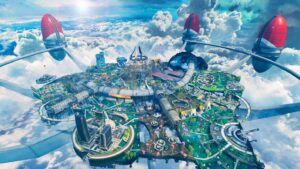 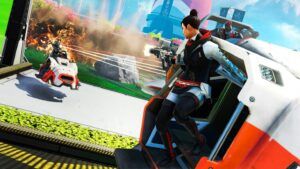 Apex Legends is currently cycling between its current base map of World’s Edge and its newest and most ambitious map, Olympus.

World’s Edge bears slight similarities with King’s Canyon with the rocky terrain and natural landscape, while Olympus gives Apex Legends a fitting futuristic backdrop as a utopian city in the sky.

Paired with Horizon’s release, the high-altitude map offers more decadent locations like the Velvet Oasis apartment complex and Bonsai Plaza, which looks like something straight out of Cyberpunk 2077. With a brighter and more pristine aesthetic, the sights of Olympus are sure to make you and your squad stop and look around.

While a train was the most effective mode of transportation at World’s Edge, Olympus puts you in the front seat with the Trident, a three-man hover vehicle. The trident might not be able to run over your opponents, but it caters to a wide variety of character skills. You can plant Caustic’s gas barrels on the Trident while also mounting Rampart’s minigun in the back.

In terms of rotation gameplay, Olympus completely changes how to scout out your opponents in the battle royale. With the map essentially being a flatter and more open landscape, you’ll have to be cautious about high vantage points and long-range plays from other squads. If ever you get sandwiched in a crossfire, keep in mind that the Phase Runner can teleport you across three locations, but of course, the portal’s siren will alert nearby squads of a new threat.

Though Respawn takes seasons to create new maps like Olympus, it’s definitely worth the wait if it’s able to bring another facet of art and innovation to the game.

The game is free with cross-play

Despite its limited capabilities during launch, Apex Legends is still a free game that has the production value and developer care of any other triple-A FPS. With frequent and significant updates that respond to its fanbase, it’s about time that the game received some praise for still being relevant in the cutthroat battle royale scene.

With Apex Legends having added cross-platform multiplayer in October, EA has also placed the game on Steam to significantly increase its accessibility. Now boasting cross-play on PS4, Xbox One, Origin, and Steam, it rivals the likes of Fortnite in pulling in a bigger player demographic.

However, if you’re the type who wants to compete only against fellow players on your platform, Respawn has options for exclusive platform play, so you don’t meet any god-like PC players.

With all that’s been said, Apex Legends is far from being just another dead battle royale game. If you’re a fan of character-based shooters and fast-paced gameplay, it might be time for you to give Apex Legends another chance.

READ MORE: You can now play ‘Among Us’ in Fortnite