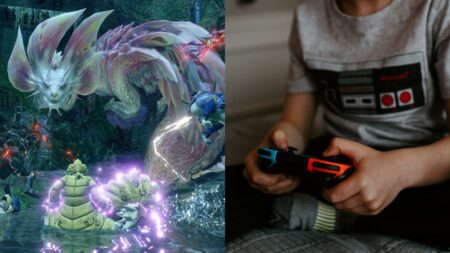 Each time a triple-A video game title is released, there are always some hardcore players who take time off work to enjoy the game on its first day. One company in Japan understands this so much that they even gave their employees an official day off for playing video games.

With Capcom’s Monster Hunter Rise already released exclusively on the Nintendo Switch, CEO of VR development company Mark-on Masaki Jack has officially declared March 26 as “MonHun Day Off” to all his employees.

Masaki even issued a formal holiday notice via email three days before the release date, stating how the day off is necessary since his employees would not be able to focus during work hours because of the new game.

Masaki, later on, explained that several of his employees had already requested to leave for that day, so he just decided to give everyone the whole day off according to Huffington Post. In turn, the company’s employees gave their utmost gratitude to Masaki for the special video game day off.

A few netizens have praised his decision and hoped other companies would do the same.

Monster Hunter is a fantasy-action role-playing game developed by Capcom. It has five different pickup titles under its franchise, with the latest one being Monster Hunter Rise.

Monster Hunter Rise focuses heavily on online multiplayer which allows players to work together to hunt down various monsters, including new ones and even those that have already appeared frequently in the series.

MH Rise is now live exclusively on the Nintendo Switch. A Steam version is also coming early next year.