It’s not just your MMR they’re after. 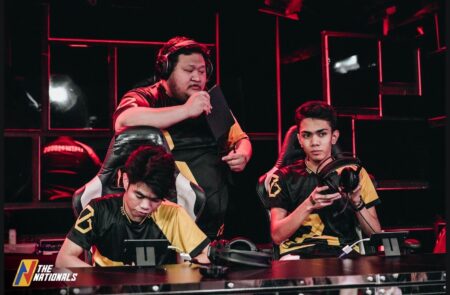 So you’ve reached the highest rank you can get. You’ve reached Mythical Glory, Immortal, or Challenger, and you’re convinced that you could probably go professional if you gave it a try. After signing up for an open call for an esports team, what comes next? What can you expect during tryouts and what exactly are the teams looking for?

Coach Ralph “Leathergoods” Llabes has handled many esports teams in the Philippines over a variety of games, including Bren’s MLBB team and the Sunsparks MLBB team. He’s currently the head of the coaching department at Bren Esports, a.k.a. the “coach of coaches” for all the teams under the Bren banner.

ONE Esports spoke with Coach Leathergoods to find out what exactly esports organizations are looking for in aspiring players.

Before you can think of trying out for a pro team, you’ve got to make sure you’ve gone through all the details. Most open calls will specify the skill level needed, have an application form you’ll need to fill in, and any additional requirements for applicants. This will vary per team. MLBB teams will have a standard for the highest points reached and most Valorant teams don’t accept anything less than Immortal in rank.

Then there’s the rest of the job description. What role are they looking for? Are you expected to stay in their gaming house or bootcamp for the duration of the tournament or your contract? Is there an age limit? Will you need to relocate?

If you do pass the tryouts, there’s the official contract with even more details to go through. Coach Leathergoods makes sure all his players read their contracts thoroughly, with no clause left unread, especially if they’ve never signed a contract before in their lives. This is so that all parties are fully aware of what’s expected of them.

A pro player’s life can be demanding, and aspiring players should be ready to sacrifice for this career path. A big part of this is time. Now, it’s not that teams will expect you to be available 24/7, but your availability is one of the major things that will affect which doors will open for you and which ones will close.

This becomes apparent to coaches during tryouts. With a large number of players during tryouts, a player trying to negotiate their schedule might not be given a second chance. Coach Leathergoods says it’s not unusual for tryouts to have as many as 300 to 500 players on average, and last for a few weeks.

“There are millions of players in the Philippines alone, and there are less than 80 spots combined for big sponsored teams,” explains Coach Leathergoods. “For example, MPL has 10 teams, so that’s 6 players each plus a coach. That’s only 70 spots out of millions of players. That’s a lot of competition. So every day that you don’t sacrifice for this, there will be someone else that will and they’ll get that spot.”

The first test of discipline comes during the tryouts. Call times are incredibly important during matches, and failure to show up on time does not leave a good impression on coaches or organizers. After submitting your application, you’ll be given instructions to follow and a schedule to adhere to for your games. This is your biggest chance to make a good first impression. Coach Leathergoods says that he even values discipline over skill.

“Skill can be developed,” he says. “There are drills for that. You can get better. If you have the right combination of confidence and discipline, the skills will follow.”

This mindset will of course carry over to one’s career should a player get signed onto a team. It’s what sets the standard for professional play and allows players to improve. Leathergoods says that a team like Bren Esports will never ask players to train more than what’s asked in a set schedule, however, they can already gauge who has the potential to be a champion from the discipline and motivation they show in their individual progress, other than what’s in the contract.

You can be the best player in the world, but if you can’t work with a team, esports organizations won’t be rushing to work with you. Whether your game is a team sport or a single-player one, an esports athlete will need to work with people within the organization, production teams, other players, and more.

If you’re trying out for a team, you’ll likely be shuffled through different players and groups several times throughout the tryouts. This is where coaches find out who works well with who. The ability to work within a team and still have the discipline to improve one’s individual skill are prized characteristics in an aspiring athlete.

“No matter what you do in life, you’re going to be working with other people,” says Leathergoods. “Even if you’re playing a solo sport, you’ll still work with other people. This is something that we want to ingrain in our players, even beyond esports.”

Above all else, coaches will look for players who are driven and hungry. Motivation will keep players committed, especially once the hype of the first few months of being a professional player have gone by and the actual work grind sets in.

“You can’t teach this,” says Coach Leathergoods. “If a player is motivated, confident, and passionate, they’re going all-in. They will be raising the stakes for themselves and they won’t back down from a fight easily.”

Whether a player passes the tryout phase or not, motivation keeps them trying again and again, and in the industry for the long run.