This is your chance to get scouted by the bigwigs. 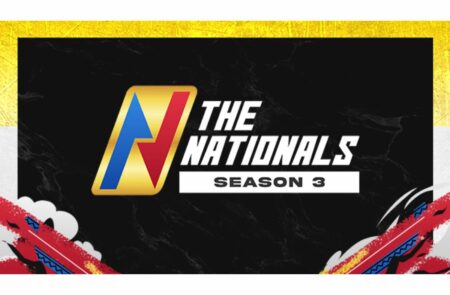 The Philippines’ franchise-based esports league, the Nationals, is about to kick off its third season, with a path to pro for amateur esports athletes and students.

This season The Nationals is introducing two tournament divisions for a new generation of Filipino esports players: The Challenger Series, which will be open to everyone in the country, and the Academy Series, open to players currently enrolled in school.

The top teams and players from both of these tournaments will qualify for the Draft Series, where scouts from the biggest esports teams in the country will be picking at least one player to join their roster. Once a player is drafted and signed, they will become full-fledged members of the franchise teams.

The Nationals Commissioner, Mr. Ren Vitug says, “We wanted to create a better player ecosystem, which is why we are changing our format into having an inclusive and full path to pro series.”

The Philippines’ first franchise esports league has all teams competing in three esports titles, beginning the season with Tekken 7, followed by Mobile Legends: Bang Bang, and then Dota 2. In the Nationals Season 3 Primer, Vitug teased a possible fourth title entering the league this year.

The Nationals Tekken 7 Challenger Series will begin on March 20. Registration is currently ongoing and available to anyone determined to chase that pro player dream.