They even made a song called “so many games”. 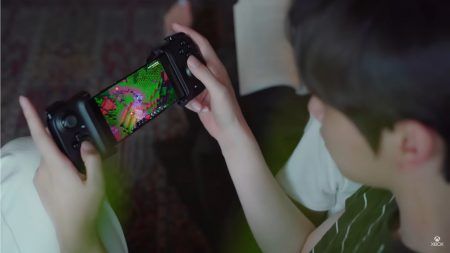 With the launch of the Xbox Game Pass Ultimate on September 15, Microsoft has officially jumped into the cloud gaming space, courtesy of its game streaming service formerly known as Project xCloud.

An impressive game library — including a launch day lineup of more than 100 Xbox favorites — await Xbox Game Pass Ultimate subscribers using Android phones and tablets. The selection covers a lot of ground, ranging from popular Xbox Game Studious releases like Grounded, Forza Horizon 4, and Tell Me Why to games from partner developers, such as Untitled Goose Game and Destiny 2.

So many games. What a banger.

Microsoft has also promised that the game library will continue to evolve as more games are added “based on members’ feedback.” By the holiday season, for instance, roughly 60 games published by Electronic Arts through its EA Play service, will be added to Xbox Game Pass Ultimate.

With Xbox titles now available via cloud gaming, Microsoft is gearing up to increase its player base as the November launch date of its next-generation Xbox Series X and Series S consoles draws closer. This includes players who don’t even own a console yet.

With a speedy Android phone or tablet, plus a supported controller, the complete Xbox gaming experience is now more accessible than ever. Some games even support touch controls, with more games expected to adapt touch controls in the future.

As for those who already play on Xbox consoles, the new cloud gaming service will make their experiences more flexible. You can pick up right where you left off on your living-room console progress using your mobile device, as long as you have a capable internet connection while on-the-go.

Xbox Game Pass Ultimate is currently available in 22 markets, mostly in North America and Europe. South Korea is the only Asian country with access to the service at launch. New members can sign up for an introductory subscription rate of US$1, with monthly dues reverting to the regular US$15 after the first month.