Xbox Series X will launch on November 10, priced at US$499 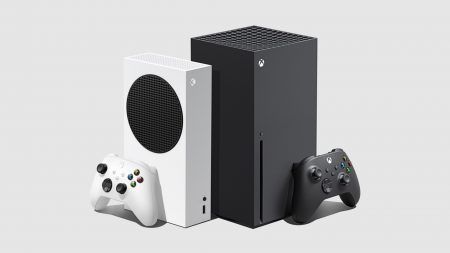 Microsoft’s Xbox Series X is all set to usher in a brand new era of console gaming on November 10 as the next-generation gaming console hits store shelves with a price tag of US$499.

“Our vision becomes reality with the most performant, immersive, and compatible next-generation console gaming experiences, and the freedom to play your games with your friends, anytime, anywhere.”

The Xbox Series X runs on AMD’s Zen 2 CPU and RDNA 2 GPU architectures and 12 Teraflops of GPU power, doubling the power of the current-generation Xbox One X console. It also boasts Microsoft’s patented Variable Rate Shading (VRS) technology and hardware-accelerated DirectX Raytracing, which enables the console to render immersive environments and lifelike characters like never before.

In addition to the flagship Xbox Series X console, Microsoft’s brand of next-generation gaming will also arrive in a more affordable package, courtesy of the Xbox Series S. Priced at US$299, the Series S is an all-digital machine that brings snappy load times and blazing 120FPS frame rates in Microsoft’s smallest gaming console to date.

Here’s a side-by-side look at the official specs of Xbox Series X and Series S, courtesy of Microsoft:

Both Xbox Series X and Series S consoles are built to support backward compatibility that goes all the way back to the first-generation Xbox. This means Xbox Series X buyers will get a massive back-catalog of classic games to go along with highly anticipated new releases like Gears Tactics, Watch Dogs: Legion, and Assassin’s Creed Valhalla.

READ MORE: Everything you need to know about the Microsoft Xbox Series X