It comes with a two-tone matching controller.

Microsoft takes you into a future dystopia with its newest Xbox collaboration with CD Projekt Red’s Cyberpunk 2077.

The 1TB Xbox One X features some intricate designs such as laser etchings, added led lights, and custom panels. On the side, it has a “No Future” graffiti piece that glows in the dark, paired with a flaming demon graphic.

As for the accompanying controller, it has a two-tone custom design that perfectly mimics the game’s diverse look. While the gray side of the controller is sleek and glossy, the black side gives off a darker, matte look, perfectly topped with some scratches and red and black face buttons.

The Cyberpunk 2077 Controller is being sold separately right now at US$74.99. 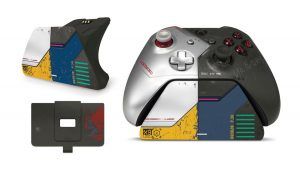 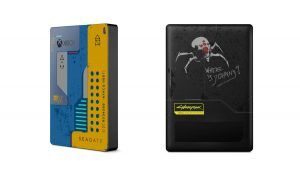 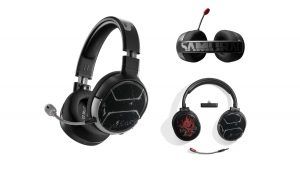 Microsoft will also release a few more Cyberpunk-themed gadgets to complete the player experience. Here are the details:

While the game is set to release on September 17, the Cyberpunk 2077 limited edition bundle will be available in June 2020. Anyone who purchases the bundle will also receive a digital download of the game when it comes out.