The social media giant is taking the slow but sure route. 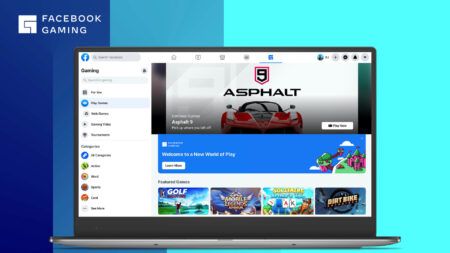 Did you notice? It’s perfectly alright if you didn’t. That’s exactly by design, according to the global social media giant.

Unlike major tech companies that are intent on making a splash with their cloud gaming offerings — think Google Stadia, Amazon Luna, and Microsoft xCloud — Facebook is taking a more subdued approach, focusing instead on casual, mobile-native games and rolling out the service to a notably limited initial market.

Facebook doesn’t even have a fancy new name for their cloud-gaming platform (perhaps not yet at least). They are simply tying their game-streaming offerings to their Facebook Gaming content streaming brand.

Jason Rubin, Facebook’s VP of Play, noted that “cloud gaming announcements are prone to hype,” so Facebook is taking a different approach so that it doesn’t “overpromise and under-deliver.”

“We believe in the long-term future of cloud gaming, but we aren’t going to try to wow you with the wonders of our data centers, compression algorithms, resolutions, or frames per second,” Rubin explained.

“Cloud game streaming for the masses still has a way to go, and it’s important to embrace both the advantages and the reality of the technology rather than try to oversell where it’ll be in the future.”

Facebook’s game-streaming services intend to offer complete gaming experiences straight from a browser or the Facebook mobile app, no downloads required. The company is focusing on “what [they] do best” — casual, free-to-play games — but acknowledges that they are aiming to improve their systems and infrastructure in order to offer a wider range of games.

In its beta phase, Facebook Gaming offers mobile-native games, such as:

“With this new format, we can now support interactive demos from a game’s native code, blurring the line between games and ads,” Rubin highlighted.

“Players get a better sense of games before they commit precious money, download time, or storage space.”

Facebook is also highlighting the accessibility of its cloud-streamed games by making them easily playable either on a mobile phone screen or using a computer’s mouse and keyboard. Players don’t need to shell out on any new, specially designed controllers in order to get the full experience of any streamed games.

The main caveat to Facebook Gaming’s game-streaming promise is its intentionally limited availability. Facebook Gaming’s cloud-streamed games have only been made available in California, Texas, and Northeast and Mid-Atlantic states. And while Facebook has committed to expanding across the US in the coming months, there is no mention yet of the service being rolled out internationally.

It should be safe to assume that a global roll out is in the cards given Facebook’s existing reach and influence, but this all might depend on whether the beta succeeds in the initial markets.

Facebook also clarified that its cloud gaming offerings won’t be available on iOS — at least “for now.”

“Stay tuned as we work out the best way for people to play games when and how they want, regardless of what device they bought,” Rubin said.