More chances to vie for draft eligibility with over 35 Pro-Am tournaments coming soon. 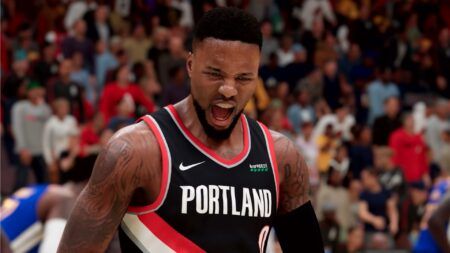 The NBA 2K League has kicked off the NBA 2K League Draft Prospect Series, a brand new campaign that is intended to build up toward its 2021 season draft. The basketball esports league aims to significantly expand the talent pool for its next season with this new #2KLGrind.

Under the revamped tryout process, NBA 2K amateurs and enthusiasts from all around the world can vie for draft eligibility by participating in more than 35 Pro-Am tournaments that will be hosted by NBA 2K League teams themselves. Tournament winners will be invited to a Winner’s Event in December and the NBA 2K League’s first ever League Combine in February 2021, where they can show off their skills and talent in front of a host of NBA 2K League scouts and team officials.

“We’re excited to implement a new tryout process for our fourth season that will give Draft hopefuls more ways than ever to make the league,” said NBA 2K League Managing Director Brendan Donohue. ““By awarding Draft eligibility on a rolling basis to members of the 2K community who excel in the tournaments … we will enable 2K fans and players alike to engage with the League and showcase their excitement throughout the offseason.”

NBA 2K League teams can host up to two NBA 2K21 Pro-Am tournaments under the NBA 2K League Draft Prospect Series banner — one each for Sony PlayStation 4 players and the other for Xbox One X players. These events are slated to take place between now and December.

With next-generation consoles arriving next month, NBA 2K21 players will have a couple of months to prepare for more Pro-Am events hosted by up to eight NBA 2K League teams.

All players on winning teams from the Pro-Am tournaments, both on current-generation and next-generation consoles, will be eligible for the yet-to-be-scheduled 2021 NBA 2K League Draft. Breakout players on non-winning teams also have a shot at draft eligibility if the tournament host selects and awards them with a “Prospect Badge.”

The NBA 2K League Draft Prospect Series is the NBA 2K League’s most ambitious and far-reaching draft tryout process to date. It will be open to all top-performing members in the global NBA 2K community, provided that they are 18 years old as of October 1, 2020 and can satisfy the League’s eligibility requirements and background checks. The League is also continuing its efforts to develop and showcase female NBA 2K players with its second Women in Gaming Development Camp, also slated for February 2021.

“There’s so much greenfield in front of us, in terms of international expansion and growing the game globally,” Donohue noted in an interview with Forbes.com.

“We’re looking to continue to get international players that we know are out there. It’s absolutely a part of our plan to have a European division, and have a[n] Asia Pacific division … It’s really more [a] question of when, not if.”

The NBA 2K League has already taken concrete steps to expand outside of the United States. Last season, the League added the Shanghai-based Gen.G Esports as its first international expansion team.