Goldlewis Dickinson is the newest fighter of Guilty Gear Strive Fighting game Guilty Gear Strive bulks up its roster with the introduction of Goldlewis Dickinson, a coffin-swinging Secretary of Defense of the United States.

Goldlewis is the third original character to debut in Strive after Giovanna and Nagoriyuki.

Goldlewis Dickinson is a heavy hitter 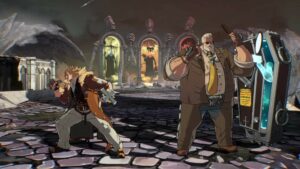 Goldlewis drops into Strive as one of the biggest fighters on the roster. The official website entry categorizes him as a Power character, similar to Potemkin’s Power Throw title.

In the reveal trailer, the military officer lugs around his trusty Area 51 coffin as a type of weapon. Goldlewis even uses the coffin’s residing extraterrestrial to deliver some nasty uppercuts.

As for his special moves, Goldlewis Dickinson takes out a Gatling gun for ranged damage, and calls upon an airstrike with a laser emitting from his sunglasses. 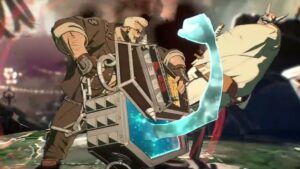 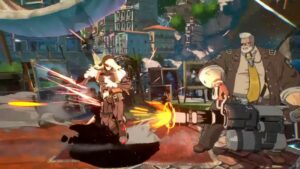 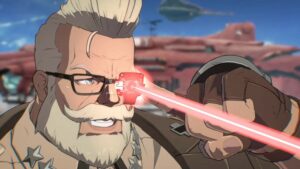 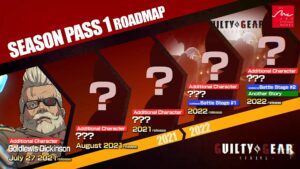 Goldlewis Dickinson will be the first out of five fighters debuting during Strive’s Season Pass 1.

Here are the release details of Season Pass 1:

Goldlewis Dickinson will be playable on July 27 exclusively for Season Pass 1 holders, and will later go on sale on July 30.