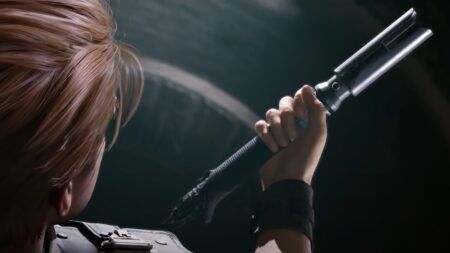 The Star Wars multimedia franchise is launching into a brand new era for its ventures in gaming with the return of the Lucasfilms Games brand.

Following the official announcement on StarWars.com, all Star Wars-related video games will be guided by the creative vision of Lucasfilm Games and created “in collaboration with the finest development studios across the industry.” This includes full-fledged titles such as SW Jedi: Fallen Order, Squadrons, Battlefront, and the Lego Star Wars series, as well as crossover collaborations as seen in Fortnite, Minecraft, and The Sims.

The Lucasfilm Games brand was first established in 1982 before it was eventually rebranded as LucasArts Entertainment in 1990. In its revived form, Lucasfilm Games is embracing the contemporary multimedia landscape with new social media channels on Twitter and Facebook created to directly reach Star Wars’ loyal global fanbase.

The creative shift looks like a step in the right direction for the Star Wars franchise moving forward. We’ve all seen how Marvel reached new heights in popularity and influence across the globe when it began to produce blockbuster films under its focused and strategically planned-out Marvel Studios identity. (That said, it’s interesting to note how Marvel and Star Wars are both Disney subsidiaries.)

Get hyped with Lucasfilm Games’ Star Wars sizzle reel below:

Unfortunately, the reveal of Lucasfilm Games’s comeback doesn’t come with any announcements regarding any upcoming new games. For now, all we can look forward to is the free release of Star Wars Battlefront II: Celebration Edition on the Epic Games Store this weekend.