Among Us is now available on the Nintendo Switch

Be a crewmate or impostor on-the-go. 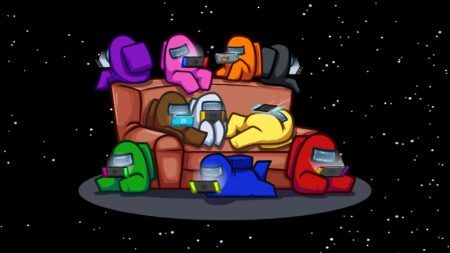 While the hit social deduction game has been a mobile staple for the past few months, Among Us is making its way to another portable platform, the Nintendo Switch.

Released today, Among Us ports the same thrilling experience of being a crewmate or an impostor to the handheld console. Players can still enjoy cross-platform play and online multiplayer, but if you happen to have a few Switch users in the same room, you’ll be able to enjoy the local multiplayer mode too.

Among Us only takes up 421 MB of space, where Switch users can play the game in Japanese, Korean, and English languages.

While the Switch might be a bit late to the Among Us spaceship, we’ll likely see the game’s servers experience an influx of new and cunning crewmates coming in.

Among Us is currently priced at US$5 in the Nintendo Game Store.

READ MORE: Among Us is getting a new Airship map