Among Us is getting a new Airship map

All aboard the airship except impostors. 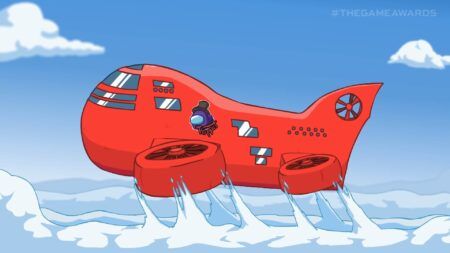 Social deduction game Among Us recently showcased its newest map for impostors and crewmates to enjoy.

Simply labeled as the Airship, Among Us’ latest map takes us into the skies with a more decadent look compared to what we’re used to seeing in the current space-themed maps. The Airship has been confirmed to be influenced by Innersloth’s previous flash game of Henry Stickmin and will be larger than Polus.

From the short trailer, Airship looks to provide a more vibrant take to the popular game. You will be encountering new and more burdening tasks such as pulling out trash bags from containers and shining out precious gems.

A few more interesting additions are new optional starting points after every meeting and ladders and moving platforms to get around the Airship. With such variables put into the mix, we’ll likely see more frustration on the side of the impostors when it comes to tracking down their final victims.

Even though it might be quite different from fixing electrical wires and getting med bay scans in a space station, the fourth Among Us map will surely be an exquisite treat to its most cunning players.

The Airship will be available for free in early 2021.

READ MORE: A new Among Us map is coming soon