100K viewers tune in to watch Ninja’s return to Twitch

Is Twitch’s biggest streamer back? 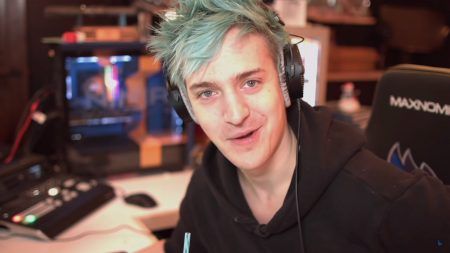 Gaming icon Tyler “Ninja” Blevins has streamed live on Twitch for the first time in over a year.

Ninja finished his stream by telling his viewers that he misses streaming and that he aims to stream more regularly. He then tweeted that his stream peaked at just over 98,000 viewers and had an average audience of around 70,300 viewers.

The last time that Ninja streamed on Twitch was back in July last year. He moved for a short while to YouTube before streaming exclusively on Mixer in August.

Esports insider Rod “Slasher” Breslau noted that Ninja’s streams on Twitch and YouTube were done on his own volition and that the streamer has not yet reached a deal to return to streaming exclusively on either platform.

Slasher added Ninja and fellow Twitch-to-Mixer streamer, Michael “Shroud” Grzesiek, are still negotiating with both platforms, though Twitch has emerged as the preferred destination for both streamers.

READ MORE: Spider-Man in Marvel’s Avengers will be exclusive to PlayStation