Virtus.Pro’s epileptick1d is the fourth player to reach 11K MMR

The 11K MMR club is getting bigger and bigger. 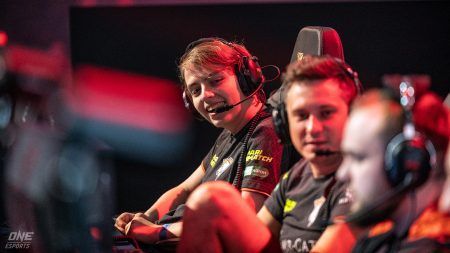 Epileptick1d is the fourth player to join the exclusive 11K MMR club, doing so shortly after Gambit Esports midlaner Danil “gpk” Skutin became the third member of the club and its first to come from outside Southeast Asia.

Epileptick1d and gpk now join the exclusive company of Evil Geniuses (EG) midlaner Abed Azel “Abed” Yusop and former Fnatic carry player Nuengnara “23savage” Teeramahanon as the only players to reach the highest MMR in the game yet.

Abed notably founded the 11K MMR club back in May, with 23savage following in his footsteps in late July.

Epileptick1d has emerged as one of the most promising young players from the CIS scene despite being a little known pubstar prior to this season.

Epileptick1d and fellow CIS pubstar Vitaly “Save-” Melnik were notably part of VP’s main roster at the start of the season.

The pair of pubstars was supposed to reinvigorate a depleted VP roster, which lost Roman “RAMZES666” Kushnarev, Pavel “9pasha” Khvastunov, and Vladimir “RodjER” Nikogosyan following the conclusion of The International 2019.

VP had middling results with epileptick1d and Save, however, finishing 13th-16th at DreamLeague Season 13: The Leipzig Major even after electing to skip the first Major cycle of the season to better prepare its new roster.

After the team’s disappointing showing, VP captain Alexey “Solo” Berezin notably stated that the team needs to “seriously rethink everything.” That was followed by the removal of epileptick1d and Save- from their active roster in early February and the additions of former Natus Vincere captain Bakyt “Zayac” Emilzhanov and Zaur “Cooman” Shakhmurzaev.

VP later announced in April that epileptick1d and Save will join fellow young players Dmitry “DM” Dorokhin and Albert “yume” Garaev to form the core of VP.Prodigy, the organization’s secondary Dota 2 squad.

The team’s name reflects its nature, as VP general manager Sergey Glamazda stated that their main goal is to qualify for a “Major-status [tournament] through open or closed qualifiers in 2019/2020 season, or the league system in 2020/2021 season.”

“The thought of the second lineup came to us back in January, however, only after the Leipzig series had it become more than just an inkling. The idea is fairly simple: the second lineup allows young players to attain professional scene experience and knowledge without the enormous pressure of instant result expectations. The club has acquired players that might join the main roster later — or even replace it completely in the long run,” Glamazda said in a statement.

With epileptick1d now a member of one of the most exclusive clubs in professional Dota, it’s fair to say that the future should be bright for him and the VP organization.