Vici Gaming is still a force to be reckoned with. 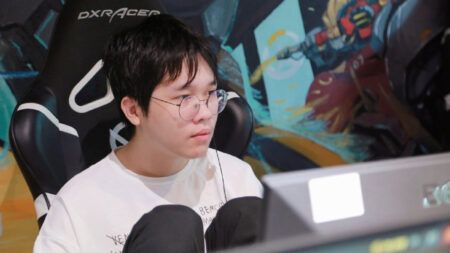 With China’s Dota 2 roster shuffle at an end, we’ve finally gotten a look at what these new teams are truly capable of. And one of the Chinese teams that has been on a tear is Vici Gaming. They’re on a 12-4 record with a six-game win streak from playing in the China Dota 2 Pro Cup Season 1 and OGA Dota PIT Season 3: China.

It only took Vici Gaming a total of 50 minutes to demolish rival team Royal Never Give up during their first group stage match in the tournament.

VG’s team captain Xiong “Pyw” Jiahan made high impact plays on his support Rubick by stealing the enemy Nyx Assassin’s Spiked Carapace and using it to counter a gank attempt by RNG.

After ending Game 1 in just 21 minutes and a 14-1 score, VG continued to outplay RNG by shutting down Gao “Setsu” Zhenxiong’s Ember Spirit with a counter pick Pugna from Zeng “Ori” Jiaoyang.

VG put together two flawless games against RNG as they executed a perfect game plan with everyone in the team performing at their peak.

It is also important to note that Nuengnara “23savage” Teeramahanon, who was VG’s newly signed carry player, still hasn’t been able to play with the Chinese roster. But VG’s current roster is eager to prove themselves as true contenders in the Chinese Dota 2 region.

Vici Gaming is set to take on fellow Chinese squad PSG.LGD — a team that is also in a hot streak with a 10-3 game record from both tournaments — in the Upper Bracket Final of the China Dota 2 Pro Cup Season 1 that’s going to take place on October 4.