Galaxy Racer signs AlaCrity and kYxY to its Dota 2 roster

The all-Malaysian squad is ready to compete. 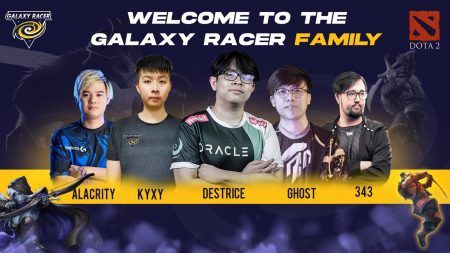 The two talented Malaysian players were previously with Reality Rift, up until the organization disbanded its Dota 2 roster, due to the Dota Pro Circuit’s hiatus.

AlaCrity and kYxY’s most notable accomplishment was when they helped Reality Rift qualify for the Dream League Season 13 DPC major last January. AlaCrity will continue to play the midlane role, while kYxY will go back to playing the offlane position for Galaxy Racer.

Ghost and Destrice were initially part of Australian esports organization Team Oracle. 343, on the other hand, is a veteran Dota 2 player who has done coaching and casting for high caliber teams, like Fnatic and Complexity Gaming.