IG will face EG in the Grand Final. 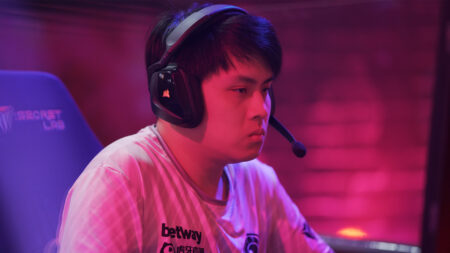 The final day of the ONE Esports Singapore Major opened with the Lower Bracket Final between two amazing Chinese teams, PSG.LGD and Invictus Gaming.

PSG.LGD has had an amazing run in the tournament playing a total of 31 games since the Wild Card and making it to the final day of the competition. Meanwhile, after their loss to Evil Geniuses on Day 3, Invictus Gaming bounced back and eliminated both Thunder Predator and Team Secret on Day 4.

Both Chinese teams battled valiantly, but it was Invictus Gaming who would outlast PSG.LGD in a slobber-knocker of a series.

Invictus Gaming won the first game of the series after out-drafting PSG.LGD. IG had a carry Morphling, offlane Mars, and support Lion that eclipsed PSG.LGD’s choice of Monkey King, Sand King, and Phoenix.

The clear MVP of Game 1 was Thiay “JT-” Jun We who made winning plays all over the map. JT- outplayed Wang “Ame” Chunyu Monkey King in the top lane, which caused PSG.LGD to play from behind. While PSG.LGD remained resilient, their team fight synergy just wasn’t there in Game 1 as their support player Zhang “y`” Yiping and midlaner Cheng “NothingToSay” Jin Xiang kept using their ultimates in the worst possible times.

In Game 2, we saw the exact opposite, and this time it was PSG.LGD in complete control, while Invictus Gaming looked lost. PSG.LGD drafted a Troll Warlord and Mars core lineup with an Alchemist offlaner that gifted Ame an Aghanim’s Scepter which skyrocketed his net worth. Meanwhile, IG’s heroes struggled to find success anywhere on the map. PSG.LGD allowed the enemy Juggernaut to free farm, but that was about it. No one else from IG had an impact in Game 2.

The final match of the series was a back and forth battle as Invictus Gaming’s Phantom Lancer and Puck cores went toe to toe with PSG.LGD’s Troll Warlord and Windrunner carries.

Both teams had their moments winning pivotal team fights. However, it was Invictus Gaming who was able to capitalize on their opponent’s mistakes the most.

In the final clash of the series, PSG.LGD attempted to take down IG’s heroes, but the mega creeps had already gotten into the Dire base, taking it down and giving IG the victory.

Invictus Gaming will face Evil Geniuses next in the ONE Esports Singapore Major’s Grand Final.