Can anyone stop Evil Geniuses? 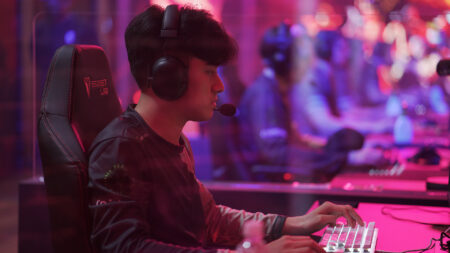 The penultimate day of the ONE Esports Singapore Major featured intense action from the six remaining teams in the competition. We saw what many would consider an instant classic of a match as Team Secret eliminated OB.Neon in dramatic fashion with some late-game heroics from Europe’s last team standing.

Then, we saw another underdog team exit the Major, as Invictus Gaming eliminated Thunder Predator. North American powerhouse Evil Geniuses advanced to the Grand Final after defeating PSG.LGD in the upper bracket final in the third game of the day, and finally, we saw Team Secret bow out after they were defeated by Invictus Gaming.

Here’s a full recap of how each game played out.

Team Secret came into the series with a strong counter-strategy against Neon’s chaotic team fight playstyle. This entailed choosing three tanky core heroes: Bristleback, Mars, and Death Prophet. With their Nature’s Prophet banned, on the other hand, Neon went with heavy magic damage dealers in Leshrac and Puck.

While Neon kept the game close, they took way too much damage trying to focus down Lasse “Matumbaman” Urpalainen’s Bristleback during team fights. Clement “Puppey” Ivanov was also providing Matumbaman with mana sustain using his Keeper of the Light.

Each time Neon tried to jump Matu’s Bristleback, they would just end up dealing more damage to themselves because of the Quill Spray return damage. After losing continuous team fights, Neon decided to call gg at the 43-minute mark of Game 1.

Everything was going according to plan at the start of Game 2 for Team Secret. They drafted a lineup that had good early game team fight potential, which could also transition into the late game. Puppey even stole Erin “Yopaj” Ferrer’s Neon’s Bottle, while both teams were in a frantic team fight.

But then things started to unravel for Team Secret. At first, they lost a couple of team fights, but then before they knew it, Team Secret had completely lost map control and were behind by 11,000 gold 25 minutes into the game. Neon Esports’ Cinderella run continued after they won Game 2.

Team Secret and OB.Neon’s Game 3 was an absolute classic, with both teams showcasing peak performance. The match started with Neon falling behind Team Secret in the laning stage and mid-game. However, Yopaj was able to single-handedly keep his team in the game by bursting down Team Secret’s core heroes with his Windranger Focus Fire ultimate.

Team Secret decided to play patiently, waiting to punish Neon’s next attack instead. Secret’s counter plays earned them a 25,000-gold net worth lead against Neon. Despite playing from behind, Neon were convinced they were the better team and continued to play aggressively.

The climax of the match came when both teams tried to contest each other in the Rosh Pit. Yopaj was so close to slaying Matumbaman’s Troll Warlord with his Windranger, but Puppey came in, saving his carry and his team’s hopes in the Singapore Major.

Thunder Predator started the game on a high note after picking a hero draft — of Juggernaut, Death Prophet, and Abaddon — that had a ton of sustainability. Meanwhile, Invictus Gaming’s draft featured the tandem of Gyrocopter and Io which didn’t really make an impact in the game.

Invictus Gaming got their revenge in Game 2, when Hu “kaka” Liangzhi recovered from his mistakes in Game 1, delivering a stellar performance with the position 4 support Phoenix. IG’s Chan “Oli~” Chon Kien’s on the hard support Crystal Maiden also helped set up favorable team fights with quick lane rotations that prevented Thunder Predator from playing their style of Dota.

Invictus Gaming closed the series and sent Thunder Predator home, demolishing the Peruvian team in Game 3. Thunder Predator went for a greedy build on their hard carry Wraith King, getting a quick Hands of Midas. However, IG had no intentions of letting Alonso “Mnz” León farm for the rest of his items.

IG also got ahead during the laning phase. Thunder Predator was constantly playing from behind. With all of Thunder Predator’s heroes not getting enough gold and experience from the map, IG made their move at the 35-minute mark and eliminated their opponents in their own base.

At the start of the series, both teams had surprising draft bans as EG chose to ban Shadow Shaman and Troll Warlord, while PSG.LGD banned Enchantress and Io.

This gave Abed “Abed” Yusop his comfort pick of Puck, while Andreas “Cr1t-” Nielsen played the Tusk who kept ruining LGD’s lanes. Like earlier performances in the Major, once EG took a significant lead, they did not let it go and took an easy Game 1 victory over PSG.LGD.

The next game of the series was Evil Geniuses’ first loss of the Major, as PSG.LGD’s Phantom Assassin pick shredded through the North American team’s heroes. While Artour “Arteezy” Babaev’s Alchemist had a great start in the bottom lane, Ame’s itemization on his Phantom Assassin was perfect, picking up a Desolator and BKB right in time for when PSG.LGD met EG in the team fights. EG tried to surprise PSG.LGD with a Divine Rapier pick up on Arteezy, but they all still melted to Ame’s Phantom Assassin in the end.

Evil Geniuses went back to their winning ways in the final game of the series and advanced to the Grand Final after outplaying PSG.LGD. The North American squad found redemption as they were able to shut down Ame’s Phantom Assassin in Game 3 with Arteezy’s Bloodseeker and Abed’s Storm Spirit playing an aggressive style of Dota.

PSG.LGD’s Dark Willow pick also didn’t help their cause, as Cr1t- and Tal “Fly” Aizik outperformed their counterpart support opponents on the Earth Spirit and Phoenix.

EG closed out the game at the 44-minute mark, forcing PSG.LGD to call gg.

Evil Geniuses now advance to the Grand Final of the Singapore Major. Meanwhile, PSG.LGD continues in the lower bracket final where they will face Invictus Gaming.

Invictus Gaming brought the mind games for their matchup against Team Secret. The team said in their previous post-game interview that they don’t really have anyone who can play core Io, but then proceeded to pick Io in the first phase of Game 1’s draft.

Team Secret had hoped their hard carry Alchemist would be able to carry the team to victory, but Emo on the Io and Jin “flyfly” Zhiyi on the Ursa were able to ramp up their damage output early into the game. Additionally, once Hu “kaka” Liangzhi started to hit multi hero Impales on his Lion, Secret were done for.

With Team Secret reeling, Invictus Gaming decided to go with another true hard carry hero, the Phantom Lancer. Team Secret started the game with a good laning phase, and even gained an early gold and experience lead.

However, Team Secret’s aggressive plays during the mid-game were completely shut down by kaka who played the Lion. Once flyfly on the Phantom Lancer caught up in the networth chart, he was able to out-DPS Secret’s Monkey King and Weaver in the final stages of the game.

Invictus Gaming’s 2-0 victory over Team Secret has earned them a spot in the lower bracket final against PSG.LGD pn the final day of the ONE Esports Singapore Major.